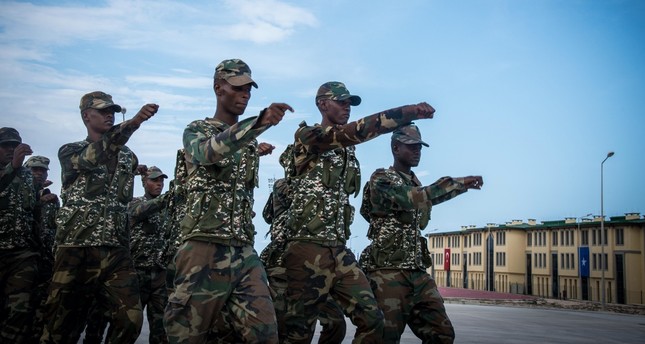 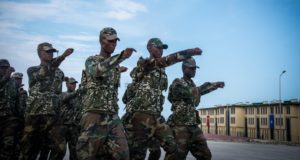 In the pre-colonial era, Somalia existed as segmented city states in coastal regions and as various independent principalities in the interior territories without a central authority or state. But, that did not stop them from creating a national identity. A common identity that could unite the segmented city states and which was driven by two elements – religion and clans. Religion was used as a source of unity for all Somalis and adhering to one religion allowed them to unite, not internally but to stand up against any external threats and allowed them to defend their land. Clans are formed as a way to connect close families and lineages to share difficulties and goodness; they have, in other words, been used as a political organ to unite people with the same roots.

After colonial powers invaded the fragmented Somali lands, they immediately began exploiting the clan factor as a tool to expand their power and seek legitimacy. Somalis recognized early on the necessity of ending colonial oppression and straightaway started refusing to comply with colonial domination, which was characterized by exploitation, supremacy and broadening clan division by using indirect rule.

Therefore, while clans became a weakness to Somalis, religion had another effect; it became an important motive to stand up against colonial powers. Colonial powers sent missionaries to Somalia and built churches. Somalis perceived that as a threat to their religion, culture and national identity.

The first anti-colonial movement was formed and led by Sayyid Mohamed Abdulle, known as “Sayid,” and was motivated by religious incentives. In 1895, he returned to Berbera from the Arabian Peninsula and started spreading his religious view of “Saalihiya.” This did not go well for him due to challenges from the colonial administration and local people and his criticism of their religious beliefs and practices. Consequently, he left Berbera seeking a place where his political and religious views could be accommodated. On his search for this, he met some Somali boys who were being looked after by a Catholic mission and asked them about their parents, clan and names. They replied that they belong to the clan of Catholic fathers. That response from the children shook him, and he felt that the colonials were on a mission to change his people’s identity. As a response, he established the Dervish warriors and began fighting the colonial administration. In many of his poems, his message was that he would no longer allow colonial powers to change his people’s culture and identity; meanwhile, he blamed the Somali people for not opposing this identity change.

Nevertheless, the history of the post-colonial Somali state is usually divided in to two consecutive phases. The first phase is known as “civilian rule” and begins in 1960 with independence and ends in 1969 when commanders from the Somali army overthrew the civil government in a bloodless coup. During the civil government period, a growing democratic culture, low economic performance, lack of skilled human resources and the strong influence of Cold War superpowers were the main challenges the civil state encountered.

The discussion of constructing a national identity did not take place extensively, and the civil government failed to develop an inclusive national identity that could guide the people’s political future. The idea of a “great Somalia,” which meant the unification of the land that Somalis inhabited, became the ultimate goal and dominated political discourse and even made it impossible to define a “Somali citizen.”

The second stage, known as “military rule,” begun in 1969 when the military took control of the country and continued until the military regime collapsed in 1991. During this period, the military regime behaved like any other dictatorship, diminishing freedoms and banning all social and political organizations. Moreover, the regime, accepted and adapted rigorous socialist and nationalist programs, developed closer relations with the Soviets and initiated the application of clan-loaded socialist programs. However, the military regime tried to develop a national identity derived from what the military government called a scientific socialist method and tried to bury the clan ideology. Instead, the military regime succeeded in strengthening the Somali identity to replace the clans. Unfortunately, principles and values against Somali culture and religion were included in this process and caused a clash between religious figures and the military regime.

Consequently, identity politics based on political clanism strengthened, while Islamic revivalism received new impetus with the emergence of Islamic political movements, strengthened after the execution of the Islamic scholars in 1975. Thus, both traditional pillars of Somali identity, Islam and clans, were employed in combination or separately as the ideology of resistance to the military regime and gradually were pushed to extremism, fragmenting the social fabric of Somalia.

After THE collapse of the state

Indeed, Somalia is rebuilding and reshaping its national identity, which is still in flux, regenerating and recycling social conflicts. The existing national identity from pre-state to military regime were dismantled after the collapse of the state in 1991 and replaced with reconfigured national identities. For instance, the political system of the country had changed from a unitary structure to federalism, and the growing political ideology of “Islamism” replaced secularism. The role of the clans abandoned in favor of a single national identity was employed as means for power sharing. Yet, the re-establishment of the national identity is still critical to avoid all destructible values and principles. It is the responsibility of the federal government to come up with a plan to facilitate the creation of a single identity, not multiple identities.

On the other hand, a state-building process is also taking place in Somalia. Though a process like this requires unprecedented social mobilization of new social actors alongside a strong political elite and leadership to bring about, neither of them are available at the moment. Of course, this is one of the reasons that the process has been unable to achieve results since the beginning. The international community cannot provide either of these aspects but can somehow facilitate the process of getting these significant preconditions. State building has to rest on a foundation of nation building; that is, the establishment of national identity that serves as a focus of loyalty and overcomes attachments to family, tribe or ethnic group.

Generally, nation-building processes bubble up from grassroots, but they can also be the product of powerful political institutions that form and protect. This is another important prerequisite that Somalia’s state-building building efforts is lacking – a strong national identity that can replace the current identity affiliations. It is the responsibility of Somali political elites and leadership, in particular the federal government, to form and systematize it carefully.

The fall of the clan system

The previous attempts to create a national identity have failed to promote concepts that could create harmony and co-existence Somali society. However, it is necessary that the national identity promote a culture of peace, ideas of tolerance, mutual coexistence between social groups, whether they are religious or political, and equality in order to be more effective and productive. The central question of national identity is the position of ethnic minorities within the nation. Somalia has no minorities; the current so-called minorities were created by the clan system, which defined certain clans as a minority, while other clans claimed to be the majority. The dismissal of the clan system in the political and social sphere is also crucial for unity. It is the responsibility of the federal government and our political elites to construct a comprehensive civic national identity free from clans and clan delusion and is able to construct healthy and patriotic Somalis who contribute to the development of a peaceful culture.