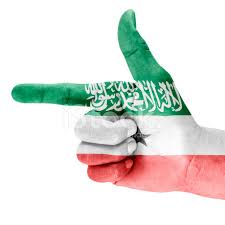 The International Community supports “Somalia” with millions of dollars to enable the country recover from 28yrs of chaos and instability. The money goes in to the accounts of the Federal Republic of “Somalia” (FRS), while FRS is most corrupted administration in the world. Turkey and Qatar donate $4 million monthly delivered in cash, and still the armed forces did not get salaries for last four months. This led the army to protest in the streets of Mogadishu and withdraw from their bases. Al-Shabab overtook the evacuated military bases.
The Mogadishu regime does not provide basic services to the public instead most of the residents of Mogadishu seek services provided by Al-Shabab including the justice system. All disagreements in Mogadishu are settled via the Sharia based courts under the Al-Shabab. Al-Shabab collects revenue from the business owners in the famous Mogadishu Bakara Market, and in return provides security.
Somalia MP Mr. Abdikarim, on LIVE TV interview, explained how the Mogadishu regime led by Mohamed Farmajo spent millions of dollars to sabotage Somaliland election and peace through sponsoring anti-Somaliland members. During his latest visit to Puntland, semi-autonomous region of Somalia, Farmajo encouraged attacks against Somaliland by pro-Puntland militia, which resulted displacement of civilians. He, officially, requested the UAE to stop development projects at Berbera Port and attempted to block the international aid to Somaliland.
The MP has evidence of such hostilities against Somaliland and vowed to present to any parties interested in investigating such aggressions. Farmajo is using the only remaining power – Somalia’s diplomatic recognition – as tool to pull down Somaliland instability, democracy and economic progress, unfortunately the international community particularly Turkey and Qatar are supporting him to achieve his evil plans in Somaliland.
Farmajo, who believes in restoring regime like Siyad Barre, is misleading the international community just like Barre did during 1980’s genocide against the people of Somaliland. Many countries supported Barre with weapons and money during such period after Barre lied to them over military activities in the former North of Somali Republic (today’s Republic of Somaliland).
More than 65,000 civilians died and three million displaced. Barre regime implanted large number Antipersonnel landmines across Somaliland, which was concealed in civilian areas including streets of Hargiesa, Berbera, Burco, Ceerigabo, Lasanod, Gabiley, Odweyne and Boorame. These landmines killed thousands of children who accidently step on the weapon while playing football. Siyad Barre reduced cities to rubble by air-bombing and artillery shelling.
Without knowing his intentions, the US, EU, USSR and Arab World provided military support including lethal weapons, but such arms were used to kill unarmed civilians without the knowledge of the international community. Later, the US State Department described Barre as ‘Man Killing His Own People”.
Farmajo was close tribesman and diplomat in Barre’s regime, and even disguised the realities on the ground during an interview in Washington in 1988, by describing that Northern Regions of Somali Republic (today’s Somaliland) are stable and life is normal. Today, he hired the military generals who participated in the abovementioned killing.
The people of Somaliland overthrown Siyad Barre and declared independent and democratic Republic of Somaliland on 18th May 1991. The national budget of Somaliland grown from $20 million in 1991 and today over $550 million.
Again, and after 30 years, Farmajo is trying to mislead the world over his evil agenda against Somaliland just like his mentor and former military leader Barre. He does not want to jeopardize the progress in Somaliland only but to take revenge from the residents of Mogadishu, as they were who completed the collapse of Barre regime.
Today, Farmajo regime is organizing anti-Somaliland armed group led by a defected soldier from Somaliland Army. The group established military base at Qardho Town of Puntland, where they plan their attacks inside Somaliland.
Also, Farmajo is sponsoring media campaign against Somaliland on the social media and Al-Jazeera Channel, using his Qatari supporters. He encourages the youth to reject the government of Somaliland by granting them jobs in Mogadishu. The Deputy Prime Minister of Somalia Mr. Mehdi is in-charge of such anti-Somaliland campaign, where he hires poets and youth leaders.
The international community knows the democratic nature of governance in Somaliland, which many described as unique democracy in Africa. Somaliland democracy could be role model for the regional governments, and its experience could be implemented elsewhere.
However, it is unfortunate that Farmajo is using the aid to risk Somaliland development while his regime is unable to stand on its feet. As per the latest statement Former UN General Secretary Representative to Somalia Nicholas Haysom said Somalia needs another two decades to complete recovery.
Ugandan President Yoweri Museveni described Somalia as “Stateless” due to lack of control over its territories. Somalia exports terrorism to the neighboring countries because the people of Somalia are not ready yet to create stable country.
It is illegal and against humanity to hold Somaliland hostage until Somalia recovers from the statelessness, due to its deep-cracked problems. The international community must know that Somaliland has strong legal case to reinstate the Republic of Somaliland according OAU 1964 Charter, which maintains the colonial borders in Africa.