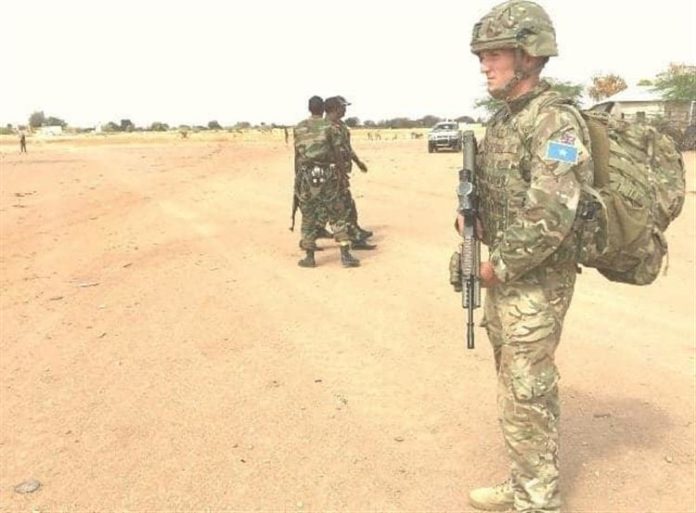 A soldier who saved the lives of Somali soldiers injured when their truck overturned will receive a Queen’s Commendation.

The actions of Grantham man Lance Corporal Jacob Fisher, 26, will see him presented with a commendation for valuable service.

It was last year that combat medical technician Jacob found himself called out to the scene of an accident five minutes from his base in Somalia, East Africa, where he was part of a team working with the Somali National Army.

The driver of an open-backed truck carrying dozens of Somali soldiers was driving too fast and overturned, rolling twice and throwing passengers from the vehicle over a large area.

Although with other soldiers, he was the only Royal Army Medical Corps member on the scene.

Nine Somalis needed immediate life-saving treatment and two had serious injuries, but he helped to ensure they all survived.

In recognition of his life-saving actions, he will soon be presented with the Queen’s Commendation for Valuable Service.

Although modest, he admits he is proud to be receiving the award, as are his family.

Jacob, a former St Anne’s Primary School and Central Technology and Sports College pupil, told the Journal: “I was just doing my job and didn’t really think about recognition for it, to be honest. I’m happy though. I suppose I’m proud, and glad no one lost their lives in the incident.”

A keen sportsman, Jacob played cricket for Belvoir for a number of years, and now plays for Collingham, near Newark. He was also a player for Kesteven Rugby Football club until the age of 15.

Jacob’s mum, Jo Potter, of Grantham, said she is “really proud” of her son.