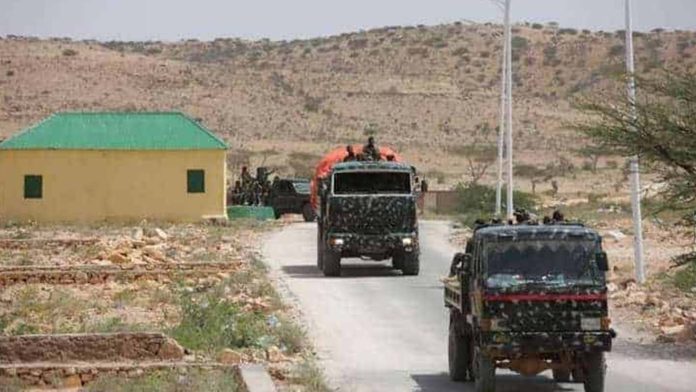 Security forces of the northeastern semi-autonomous region of Puntland have joined offensive against the Al-Qaeda-aligned militant group Al-Shabaab in the central regions of Mudug and Galgadud, Caasimada Online news website reported on Saturday.

Members of US-trained regional elite force known as PSF with dozens of military vehicles arrived in the coastal town of Hobyo in the neighboring Galmudug state, days after authorities said a renewed offensive against militants would soon be launched.

Galmudug administration said joint forces are mandated to capture the strategic town of Haradhere, which has been under the control of Islamist insurgents for more than 15 years.

It came weeks after Somali troops bolstered by US and Turkish air strikes captured key towns in the Middle Shabelle region, though militants have later launched counter-offensives. Last week, Al-Shabaab released images purporting to show military vehicles it had seized and dead bodies of soldiers killed in a dawn attack on army bases in the region.