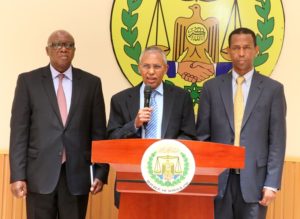 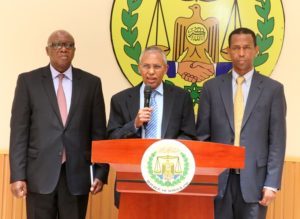 The United Nations in conjunction with IGAD body made major breakthrough in resolving the territorial spat between Puntland and Somaliland. Troops from both sides were locked in an escalating standoff on the Tukaraq in Sool, a region disputed by Puntland and Somaliland. Both sides have agreed to honor the clauses of the agreement which is aimed at ending the long standing skirmishes between them. Formal measures to reduce fear of attack between the troops are something both sides should consider.

Although there is a general framework to settle the Puntland-Somaliland border dispute but both sides have complied with the diplomatic efforts embarked by UN and IGAD. The two sides have agreed in principle to accept the proposed accord spearheaded by UN special envoy to Somalia. Somaliland, Puntland must go back to their front lines before the troops skirmished which paved the way for SL defense forces to take control of Tukaraq, a strategic town in Sool region and which is 55 km from Garowe.

The agreement stipulates that SL must withdraw its forces from Tukaraq while Puntland has to end launching attacks to Lasanod. Both sides have put the pen to paper and signed the proposed peace agreement and further agreed to settle the long standing territorial spat by fostering talks. Puntland leader, Dr. Gaas and his Somaliland counterpart, Hon. Musa Bihi Abdi have agreed and ratified in order to respect the deal. Puntland’s mission which was aimed at emancipating Sool region ended in vain while Somaliland’s objective which was mean to secure its border with Somalia has also not materialized as far as the SL-Puntland border row is concerned.