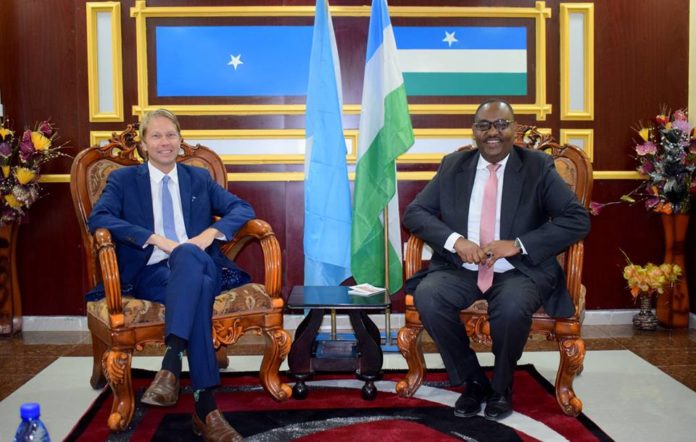 GAROWE–Mr. Said Abdilahi Deni, Puntland president,  received Swedish ambassador to Somalia, Mr. Andreas Von Vexkull and a large delegation that he is leading at the meeting hall of the Presidential Palace today. The Swedish ambassador was accompanied by Diakonia development organization officials including Mr. George Andren and Mr. Johan Romera. They discussed with Puntland president over the development projects that the organization is carrying out in Puntland including health, trade and women development. Mr. Deni thanked Daikonia for its 25th anniversary since it began its operations in Puntland. He also expressed deep thanks to Sweden and Daikonia for its generous support to the Somalia people and particularly to Puntland community. The Swedish ambassador, Mr. Andreas also expressed thansks to the president for the warm hospitality accorded to him.