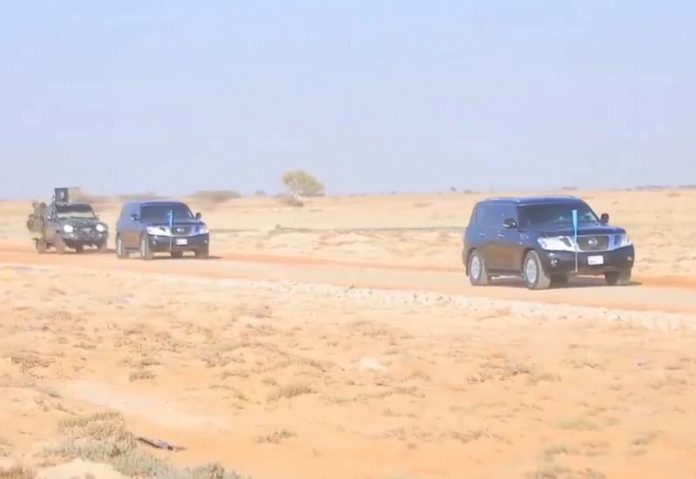 President of northeastern Somalia’s semi-autonomous region of Puntland Saeed Abdullahi Deni survived an assassination attempt on Monday after an apparent roadside blast had targeted his convoy near the commercial port city of Bosaso, killing at least two of his bodyguards.

Deni was heading from the town of Armo to the coastal city of Bosaso, where regional authorities are to due to begin parliamentary elections within days, before a roadside bomb explosion struck a vehicle transporting his bodyguards.

At least two soldiers were killed with more than four others wounded. Troops opened fire immediately after the attack, though no casualties on civilians near the area have been reported.

It comes days after a bomb attack killed several elders and wounded more than 10 others in Bosaso. Some of the targeted traditional leaders had earlier rallied their support behind Somali Minister of Planning Jamal Mohamed Hassan in a row over elections with the regional President.

Al-Qaeda-aligned militant group Al-Shabaab said it had carried out the bombing on Deni’s motorcade but gave no further details.