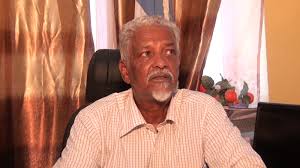 Somaliland troops spokesman claimed that troops from Puntland launched attacks on their defensive positions in Sool region yesterday. He accused of militia soldiers loyal to Puntland of attacking their troops but said they were able to repulse it. But Puntland deputy president, Mr. Ahmed Karaash who spoke to the Somali BBC has denied the accusations and claims. He assured that Puntland troops are in their defensive position. Mr. Abdirahman Abdilahi Hasan alias Abdi Dheere who spoke on behalf of Somaliland troops has said that both attacks which occured in Sanaag and Sool regions were repulsed by the robust Somaliland troops stationed in the frontlines. Puntland claims that Sool, Sanaag and Ayn as part of their territory by ethnic affiliation although Somaliland argument is based on the border demarcation dating back to to colonial era. Somaliland and Puntland forces skirmishes on numerous occasions claiming lifes and displacing thousands of people.