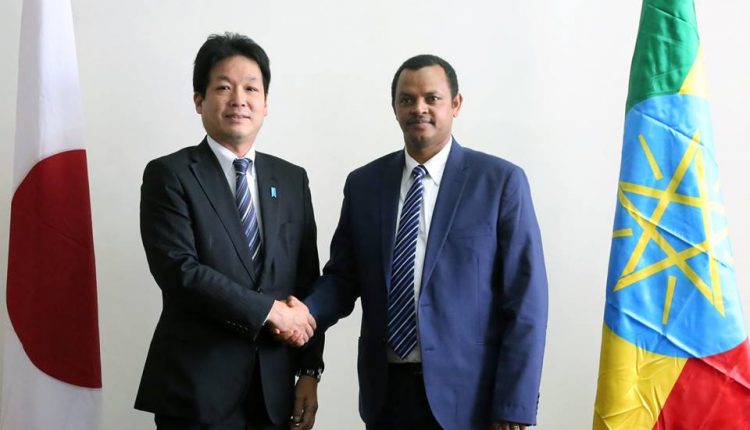 The two sides discussed at length on ways of advancing the bilateral relationship between the two countries. 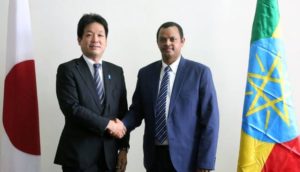 The two sides discussed at length on ways of advancing the bilateral relationship between the two countries, according to the Ministry of Foreign Affairs.

Professor Aferwork said Ethiopia and Japan have enjoyed long years of diplomatic relationships; adding, “Our diplomatic relation is very rich and matured which presents wider opportunities for our political and economic cooperation”.

He also took note of Japan’s support for Ethiopia in the areas of infrastructural development, human resource development and the industrial policy dialogue among others.

The State Minister added that his government wants to learn the experiences of Japan in the education sector especially of the scientific- technical training.

Mr. Kentaro, on his part said Japan welcomes reforms happening in Ethiopia and its recent rapprochement with Eritrea’.

“Japan continues to engage to bring peace and stability in the horn of Africa,” he added, ‘my government would strengthen its support to the IGAD mechanism to bring lasting peace in the region, and we would consider supports to address problems related with refugee management’.

The sides also discussed on ways of cooperating further at the various multilateral platforms including the issue of reforming the United Nations Security Council (UNSC).