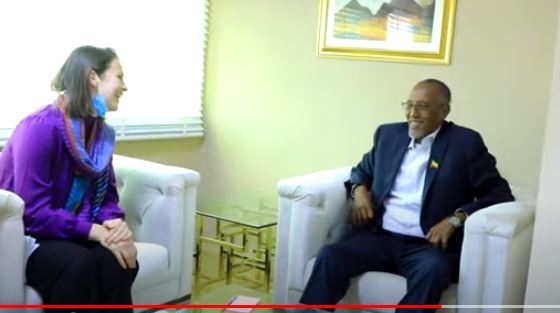 The Head of State H.E Musa Bihi Abdi received the new British envoy to Somaliland. The president thanked the UK government of thinking outside the box to initiate contact with the government of Somaliland. He welcomed the new ambassador at the same time briefing her of the strides Somaliland had taken since regaining her independence for Somalia.

Also present at the meeting was the assistant minister of foreign affairs and international cooperation Mr.Abdinassir Omar Jama and top officials in the office of the president.

According to our sources the United Kingdom is uplifting her engagement with Somaliland. This follows the recent debate about Somaliland recognition held at the House of Commons whereby British MPs discussed the need to ease the people Somaliland suffering from the Somalia quagmires.