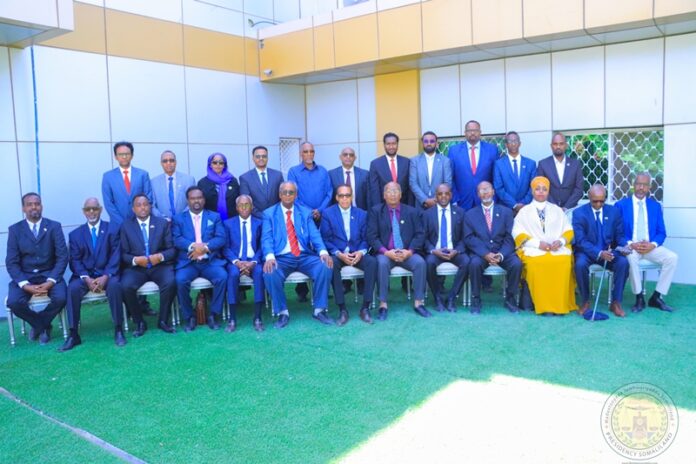 The President of the Republic of Somaliland H.E Musa Bihi Abdi has held a meeting with 20 diplomats who attended training organized by SL’s Foreign Ministry and was held in the port city of Berbera.

The mission of the training attended by SL diplomats was meant to brief them on how to discharge the national responsibilities bestowed upon them, and ways to further speed up the quest for Somaliland’s recognition.

Prior to the meeting, the FM Dr. Essa Keyd Mohamud breifed the Head of State flanked by the deputy FM and the Director General.

The President urged SL diplomats to work hard and feel that they are representing Somaliland citizens abroad.

The Head of State reiterated that it is the right time that Somaliland should get the its deserved recognition from the world.

The President said that the state is committed to provide with everything they need.