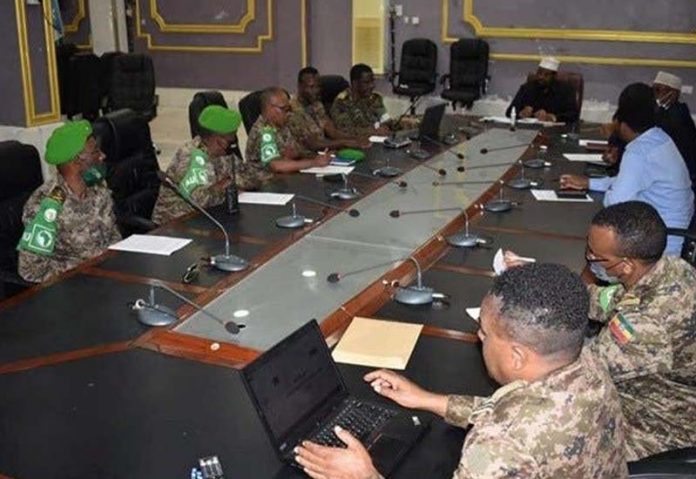 It came days after insurgents increased their attacks in the regional state and other regions in south and central Somalia, in what the Somali Custodial Corps chief said last week was due to government’s attention diverted into politics and elections.

The meeting was attended by top commanders of the Ethiopian army’s third and sixth divisions, and Jubaland intelligence officials.

Security in areas close to the Ethiopian border and cooperation on thwarting possible cross-border attacks by Islamist insurgents were among the key issues discussed during the meeting held in the coastal town of Kismayo, the administrative capital of Jubaland state.

“Al-Shabaab stands day and night in attempts to weaken the unity and brotherhood of the two nations. Therefore, we have to cooperate on capturing [Swathe of territory from Kismayo] to Dolow,” Jubaland President Ahmed Madobe said.

The commander of the Ethiopian army’s sixth division said it was instrumental that both sides jointly cooperate on the fight against Al-Shabaab.

It follows a meeting held this month between Ethiopian and Kenyan police chiefs, who agreed to begin joint operations against Al-Shabaab armed group in Somalia and other efforts aimed at preventing cross-border crimes