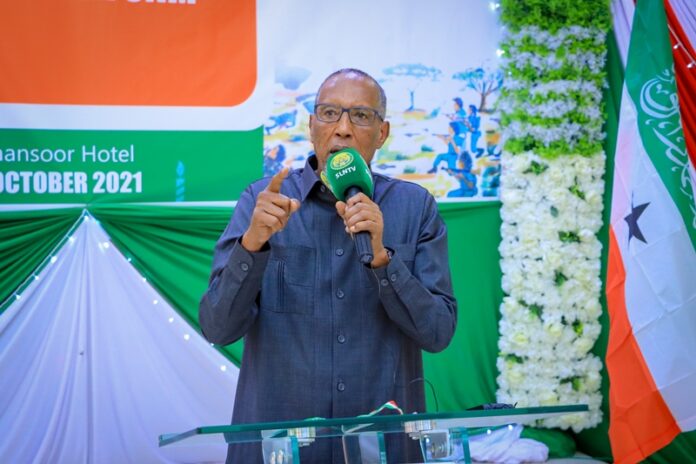 The President of the republic of Somaliland H.E Musa Bihi Abdi has talked about the expulsion of thousands of people from Lasanod and hailing from southern Somalia by his administration.

The Head of State has stated clearly that individuals have misunderstood the deportation drive which was mainly on the grounds of security concerns.

He has strongly defended SL’s security forces for enforcing the security directive which saw the expulsion of southern Somalia from Sool region.

Bihi has reiterated that people who were expelled from Lasanod were mainly refugees and the decision to deport them back to their homelands was done by peaceful means.

The President has responded allegations made by Somalia’s Federal as well as regional authorities, accusing Somaliland of committing human rights violations.

The president has said that all deportees from Lasanod were given food, medicine and money before they were send back to their homelands.

Bihi has repudiated statement from Puntland authority saying that Somaliland has a history of killing innocent civilians in its territory.

He said that no civilian was killed by Somaliland’s security forces.

The President also found fault with the United Nations office for the coordination of humanitarian affairs report on this matter. He revealed it was an embarrassment for OCHA to just issue a report while they failed to provide humanitarian aid to these people during their long years stay in the country.