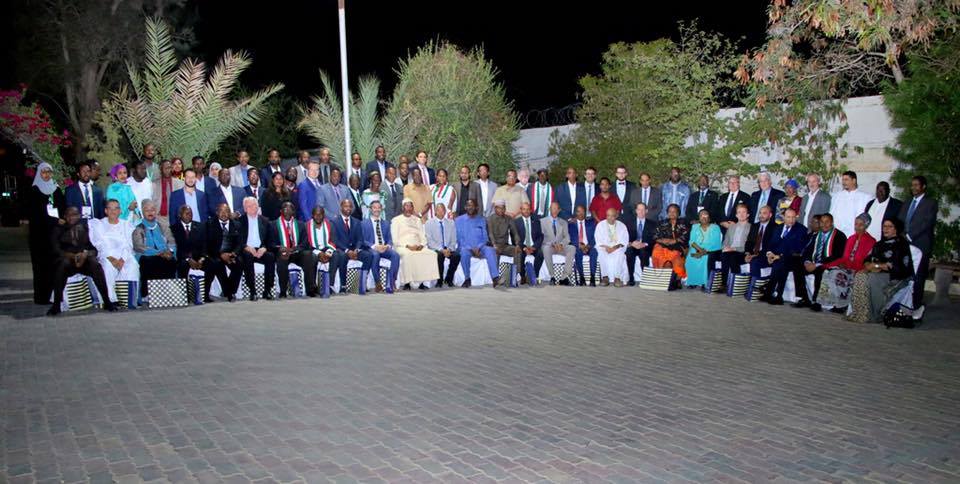 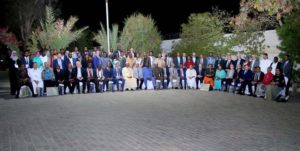 HARGEISA– President Bihi of Somaliland held yesterday at the presidential palace dinner banquet in honor of foreign delegates that attended the two-day int’l conference organize by the ministry of foreign affairs. The mission behind the summit was to review the strategic foreign policy of Somaliland since its inception 1991. The delegates were from many countries around the globe and were closely working with Somaliland foreign ministry’s intensifying its unprecedented efforts in its quest for an international recognition and putting in a place an aggressive and robust foreign policy for the country. The Minister for foreign affairs, Dr. Sa’ad Ali Shire received the delegations at the presidency which the Head of State invited them to come for the banquet. The FM said that the foreign signatories worked tirelessly for pushing Somaliland’s re-recognition. He stated clearly from the outset that Somaliland believes that you worked hard and further went on to say that they owe a favor. The FM has welcome the foreign dignitaries at the office of the presidency. Finally, The Head of State made thanking remarks for accepting his invitation and their attempts to push Somaliland recognition forward.

The country proclaimed its secession from Somalia in 1991 after the collapse of Somalia’s central gov’t led by the deceased president Siad Barre. Somaliland has not gained any int’l recognition from the world over the past 27 years since its inception.