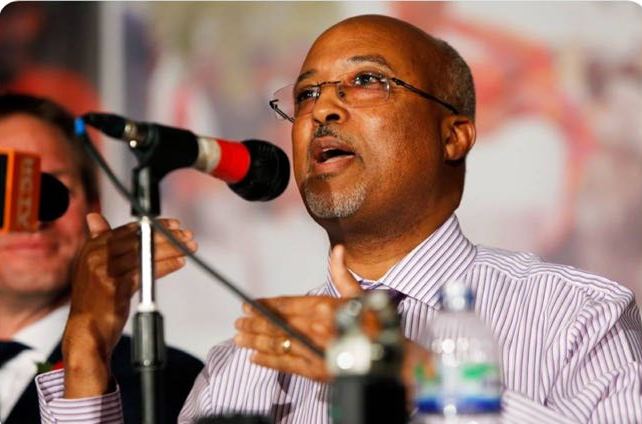 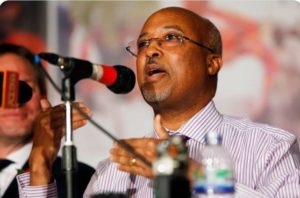 It does not need a guru to tell you that President Musa Bihi Bihi is a poor reader, as he is a poor ‘chooser’.
Since he ascended onto power in late 2017, he had made a number of political, diplomatical blunders that enforce the opinion that ‘Soldiers make bad leaders and strong dictators’.
Not less than 80% of the people he, thus far, picked for higher offices are either inexperienced youngsters who are still wet behind the ears, ex-convicts, inept octogenarians or people of the uniform whose words and actions ring parade commands.
He is a man who, it seems, is bent to obliterate everything good and inspiring his predecessor and ex-mentor achieved during his tenure in office, without the vision to come up with a better plan that can build on achievements made and certified.
On Monday, August 13 – to cite but one example, the President nominated five people. At least two of them should not have been in the list.
One of them was Bashir Omar Good. If the President listened to sound advice or read history about his people and the nation he led, he would have known that this man was not a believer in the Somaliland cause, and was a vitriolic hater the central clan – the Issaqs.
In Monday’s Presidential Decree Bashir becomes the latest Somaliland envoy to the United States – a world leader in politics, economy, showing that the President is not even aware of the vast, dynamic changes happening to the geopolitics of the region around him.
At this juncture of time, Somaliland needed diplomats who believed in unity, in sovereignty, in peace and stability.
What is worse,
1989, a time when Siad Barre’s regime was committing atrocities against its supposed citizens, a time where armed well-trained forces of a government were perpetrating a genocide against the Issaq north of Somalia and coincidentally a time when Bashir Goth Somaliland’s recently appointed head of the mission to USA was spewing hatred and clan bigotry against the same Isaaq that were been butchered.
In his 1989 book “Awdal phenomenon”, Bashir extensively wrote about the Isaq in a chapter he named “Isaq: the troubled child of Somalia“.  He portrays this clan as the culprits of everything that is wrong with Somalia and Somalis. An exagerration that can only be presented with a person writing with his emotions rather than facts, a person with no sincerity.
Anyone who reads the said part in which we will copy below will feel the hatred and animosity of the author when he was writing, a clearly biased narration of history without a shred of authenticity.
From the earliest written records of the Somali history, Bashir has painted the Isaq with a brush of treason and being slaves to their British masters. Quoting poems of the Sayyid Mohammed Abdulla Hassan to prove his point and implying that they were the ones that betrayed Sayyid Mohammed by siding with the British.
The Sayyid started his “struggle” by trying to force a new Tariqa to the residents of Berbera which they rejected. After his expulsion from the city with a deep grudge to the Qadiriya Tariqa and to the Isaq, he left and amassed a following from his maternal uncles and a number from his own clan.  He started to kill and mock anyone who wasn’t from the Salihiya tariqa. One of his victims was sheik Aweis of the qadiriya in the south who also objected to becoming a subject of Sayyid Mohameed. A phenomenon that can be branded as an equivalent to what Alshabaab does in Somalia at the present: killing all their objectors on the basis of defying their sick ideologies and “Satanic” version of Islam.
Bashir also fails to mention in that article the prominent heroes who fought the British colony like Sheikh Bashir and Farah Omaar.
In another part he proceeds to write that the Isaq claimed to be from Arabs after the independence in which they lost the support they used to have from the British to assert superiority.
It is astonishing that he quoted IM Lewis in other instances but without  quoting correct notations that contradict or nallify his doctored, warped evidence to his claims.
Such a person who wrote that piece at a time were genocide was being commited has been today appointed to a position of authority, representing all of Somaliland and among them those he failed to do justice to in 1989.
The question now is did he ever apologize for writing that piece?
One can admit and say “it was a long a time ago, he might have changed”. That may be true but after writing such absurdity one is expected to correct his black smear committed to the annals of history and admit he wrote in a time he was younger and that he, since then, has matured to see things differently.
Even now Mr. Bashir’s allegiance is still shrouded in mystery. In a tweet he pinned on his Twitter profile, Bashir addresses a letter to Mr. Farmajo, the current president of Somalia, in which he uses the word “Somali Nation” translated to “Soomaaliweyn”, a concept that is totally against what Somaliland stands for since they have moved away from that ideology a long time ago.
Another question comes to mind:  HOW CAN SOMEONE WHO DOES NOT BELIEVE IN SOMALILAND’S DECISION TO RESTORE ITS SOVEREIGNTYHANDLE SUCH RESPONSIBILITY AND REPRESENT THEM DIPLOMATICALLY IN THE WORLD’S NO. 1 SUPERPOWER?
Please find below, a copy of Mr. Bashir’s chapter on the Isaq’s and how he so heartily supported the brutal dictator’s view of them as renegades and ferocious opponents of the Darod who needed to be dealt with in kind.
The Jazeera massacre may have been a fruit reaped of books and articles such as Bashir’s, as below.
______________________________________________________________________________
THE ISAQ : SOMALIA’S TROUBLESOME CHILD

Somalis have strived towards the idea of nationhood, it has been the Isaq clan that stood alone in resisting the unity of the Somali people.Like a troublesome child who throws a tantrum when he does not get his own way, the Isaq clan has repeatedly displayed the selfish shortsightedness and violence of such childish outbursts but with dire consequences.In a quick review, I will try to tackle the Isaq threat to Somalism,starting from their stand on the Dervish Movement to the present situation in a historical perspective. I will not even go into details to include some of their terrorist activities such as hijacking a Somali ship in 1961 and a national carrier in 1966 and again in 1987.The Dervish Movement, led by Sayyid Mohamed Abdulle Hassan, started the first Somali patriotic struggle against the colonialists. This nationalist movement which entered a long and a bloody war with three foreign powers, namely the British, the Italians and the Ethiopian kingdom, would have been victorious if the Isaq clan did not conspire.against it with the British administration.The British government armed the Isaq – the ‘friendlies’ as they were called (Lewis, I. M: The Modem History of Somaliland; Weidenfeld and Nicolson, London, 1965) – to figth against Sayyid Mohamed’s nationalist movement. They also spied on and guided the British forces to the Dervish bases.The Isaq had even sent several unsuccessful missions to Sayyid Mohamed Abdulle Hassan on the pretext of mediating between him and the British but each time they asked him to surrender. Sayyid Mohamed never yielded to the Isaq games and even punished them on several occasions for their treachery and cooperation with the colonialists. The Isaq branded the Sayyid as a Mad Mulla in their report to their British masters. The British had well exploited the Isaq-coined name and Sayyid Mohamed Abdulla Hassan, who was equal in personality and ideals with Omar al-Mukhtar of Libya and Abdul Qadir Jazai’ri of A1geria, went down in the British written history books as simply the Mad Mulla of Somalia.Many British made jokes about him are even today taught to European and American school children. Commenting on the wrath of the Sayyid on the Isaq betrayel, Lewis wrote: “… Nevertheless, for this betrayel of his cause, as he regarded it, the Sayyid never forgave the Isaq and regularly berated them in his poetic polemics, saying of them in one famous poem : ‘The fate of the Isaq is to remain forever as stupid as donkeys’. ”Still in another of his well memorised poems Sayyid Mohamed Abdulle Hassan had so explicitly pictured the Isaq’s love and devotion fortheir British masters :–