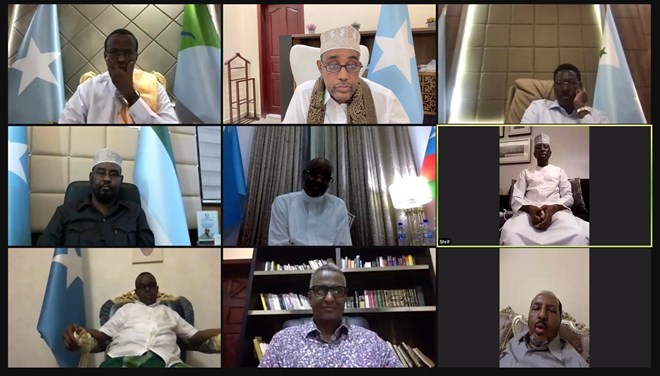 Somalia’s PM Mohamed Husein Roble held virtual meeting with presidents of the regional states and leaders of an opposition council, as tensions rise over fraudulent polls.

The PM is due to convene a meeting of National Consultative Council soon, he added.

Former Presidents Sheikh Sharif Sheikh Ahmed and Hassan Sheikh Mohamud and the leader of Wadajir party Abdirahman Abdishakur-who are all members of an opposition council were among the attendees at the zoom meeting.

The opposition boycotted the elections citing fraud and threatened not to accept the results.