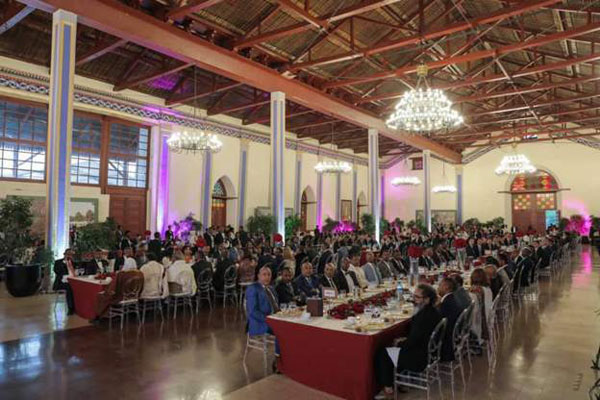 Ethiopian Prime Minister Abiy Ahmed hosted 200 business people and representatives from several organisations for a Sunday dinner dubbed “the most expensive in the country”.

Guests had to pay $173,000 to dine at the palace of a former emperor of the country, Menelik.

The event was held to help reach a $1.1 billion fundraising target to pay for the regeneration of an area in the capital, Addis Ababa.

Beautifying Sheger Project, as it is called, involves cleaning the rivers and building recreational parks in the capital.

State-linked Fana news site tweeted pictures of the table setup, alongside models showing what the project would look like when complete.

Since coming to office Mr Abiy has been praised for his reformist agenda, which included normalising ties with bitter foe, Eritrea.

His critics, however, say that he has failed to deal with ethnic conflicts within the country which have displaced more than two million people.