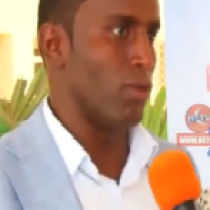 THE BUSINESS: NUMBERS AND GRAPHS

Somaliland Chronicle’s investigative analysis and viability litmus test were three main points. Commodity markets (freight rates), investor protection and conflict of interest with public figures. The discussion will be limited to the chosen theme by the news website. No new tools will be used except those chosen by SomalilandChronicle.com

Faking Credibility:  the attempt at the global commodity markets

Saeed and Co.  are interested in wheat freight rates to Somaliland andfigured this to be the single most importantparameterfor an enterprise in the grain milling sector. Which is overly simplistic from a business perspective, but since we are here let us dive!

The discovery in the Eureka moment was captured with the following statement;

“There is still a gross miscalculation in column A above, it assumes freight per ton will be around 15 US Dollars, we have checked with multiple shipping agents and the price estimates we are getting is 70 – 77 dollars per ton for bulk grain transport from Odessa Ukraine to Berbera.”

The economy department of the news website asked the internet a question about grain shipment. The internet being the efficient network it is, provided a tool to the question. And it was the wrong tool, based on the wrong internet search queries.

A mere online calculator, that is as far as the business analytical investigative report goes. Depicted belowis the image of the online software as it appeared in hisoriginal works.   Exbibit A;

Looking at thisalone we are faced witha conundrum, it is hard to tell exactly what it is supposed to represent.The author intentionally conceals the source of the image.  With some very simple searches we located the software at this websitehttp://worldfreightrates.com/

The online tool is not intended for bulk commodities like wheat, iron ore, and crude oil. But is rather for break bulk, the shipment of individual pieces which is very expensive to ship. It is known as bagaash in Somaliland, wheat is not shipped like bagaash and thus cheaper to ship.

The tool also forwards you to a live person on the phone who can give you more information. And any freight forwarder Saeed Spoke to would quote him for the services the software supported but not for global shipment of bulk wheat.Somaliland Chronicle is trying to analyze numbers for May.2017 in November of 2018. The software can not back test in the past and is always for the current date.

Somaliland Chronicle realized something was wrong, a gut feeling of some sort that the tool was not exactly what it wanted.  Shipping bulk wheat is quite complex and is affected by many factors such as;

Fuel prices and so forth.

Unable to exhaust the matter at hand and concernedreaders may find out and issue red flags.  Saeed Ibrahim resorts to a low-tech method to get rid of this transparency nuisance about the Boodhari Mills report.

He crops the image and shows it partially to conceal information that would alert average online Somali news consumer about the limitation of the tool.

It is called plagiarismin the academic world and simply dishonest when you hide the source of your information, and pass it as your own work.I have shown below the exact version as it appears by the software developer’s site. Bulk wheat shipments are not supported by this online tool (go ahead play around with it).

Somaliland Chronicle Plagiarises and hides information from the reader by deliberately presenting mis-informationhttp://worldfreightrates.com/

The irony is, Mr. Ibrahim accuses a head of state, the prime minister of Ethiopia Dr. Abiy Ahmed of plagiarizing. https://somalilandchronicle.com/2018/08/26/dr-plagiarizer-ethiopian-prime-minister-plagiarizes-henry-kissinger/

The news website went on a witch hunt and was looking for a smoking gun but instead did the next best thing, fabricate one and call it evidence.It undermines the works and credibility of independent contributors by association with a fake news distributer.  It also hurts real journalists who strive to make the world a better place through fair and objective coverage.

“Immature Strategy is the Source of Grief”

HOW BULK WHEAT IS SHIPPED IN PICTURES

A rented compartment in bulk carrier

A bulk carrier with many compartments

A general method to significantly to reduce capital requirements is to rent a compartment in a bulk carrier that is going to Kenya, Tanzania and other east African countries.

Wait There is more…..

To do this, the first inconveniencehe faced was the description at the bottom of the table (updated May 9th) stating range of prices between $170 and $180.Thesolution was again todismiss that by using the snipe tool (image cropping)and introduce a commodity lagging graph to support his argument.

Unfortunately forMr.Ibrahim, heunknowingly brought back the very same data he was trying to get rid off in a different format, graphical. Therebyinitiating a series of cataclysmic events in the world of data analysis, again.

Lagging graphs only show previous month end prices.Daily prices are noisy and too volatile to base a general market view as any analyst knows about the technical aspects of the industry.There was no attribution to the source of the graph as well, which I have provided here and is from an Indian commodity market place portal.

Boodhari Mills updated commodity prices on May 9th and it is based on month end Data (April). The April 2017 end prices were $168 and makes freight rate $27 Dollars. To reduce the cost of shipment,an organization would deploy a range of instruments which are out the scope of this discussion.

Upon closer inspection, the end of April 2017 and May.9th 2017 wheat prices were the same, we do not use any data less than a month old. But it is nice to see they concur.

Foreign flour mills have to import wheat and then export the finished goods, flour. A double shipment bottle neck. Boodhari Mills is a non exporting company and break-bulk rate $77/tonis never realized and adds to company profit margins, but foreign competition loses the same amount should they decide to export.  This adds to company profit margins and is a quite a big margin considering a ton of flour (retail) is $440-$480 today in Somaliland. Off course any research Somaliland Chronicle under took in this matter is useless to base on a business model, but for the sake of simplicity let us stay on their topic as per the article it published.

A BRAIN TEASER FOR THE SOMALIDATA MINER!

This is a graph of Egyptian bulk freight rates ($10/ton May.2017) compare this to the software Somaliland Chronicle uses for commodity markets for rates if you got the time, and see what figures you come up wit

In Dec. 2018 I have sent an email to the news website to fix the mistakes and contact me for clarification. Instead of accepting the offer like a professional journalist would.  The news website owner published the email on social media, not sure why?

Boodhari Mills is incorporated in Somaliland and conducts all operations there as a public company and is subject to Somaliland Investment Regulatory Frame Work and is in line with the rest of the industry. The company is also seeking investment through private deals in North America. As a privately held corporation and is mainly networking with accredited investors other than family, friends and close network, with a limit on the number of participants.  And will be re-incorporated to attract the global impact investor community.

At the core of business initiatives is trust. The billions of dollars in mobile moniesin the banking sector,and transactions in the Somali economy is based on trust. Nurturing that trust allowed an ecosystem of innovation in tele communications and real estate development,mainly funded by the diaspora. Like it’s predecessors Boodhari Mills operates in that ecosystem.

Boodhari Millscompetitive edge is its investment in the rural area farmers to grow part of the wheat the company needs while sourcing the rest from international markets.  which is a lot cheaper than importing 100% of the raw material.  The company proposed a 50/50 split on all co-op farms (some are rented) to hedge risk,and make up any lost revenuedue low moisture from sporadic rains in some areas.

That is the built-in model into the short- and long-term profit margins.They point to a higher than average when compared to a flour mill that exclusively relies on foreign grain markets. Some of the foreign flour mills in the middle east had an initial interest but later decided to invest in their own country and did not proceed with FID.  Our backers are looking at the long-term gains.

LOCATION OF THE MILL

You are competing against foreign flour mills with cheap electricity under ten cents per Kwh (Egypt, Turkey).  Somaliland’s retail electrical rates are 0.80 cents to 1 dollar (own production slightly better ). With exceedingly higher temperatures on Coastal areas, the cost of electricity is even higher at Berbera.  The edge is to move to inland ambient environmental conditionsto shield operational factors that eat away at the profit via;

Other points of interest where…

Why are the current flour importers do not store at Berbera, and we sat down with a lot of them.

Currently the cost of transportation to cities is passed down to the consumer and Boodhari Mills will do the same for any incurred transportation cost of wheat from Berbera Port.  This is very basic stuff; it was difficult for Somaliland Chronicle to connect the dots.  Mr. Ibrahim should have simply asked in a professional manner.

Fake news has no place in our society or any other. what has transpired is likely a momentary lapse in judgement which does not represent the very best of the individual behind the defamatory article.

In that case we hope Somaliland Chronicle changes course and grows organically through fair and intellectually stimulating stories.

We also Understand the news business is a tough market, especially an English news website serving Somaliland Interest.  They must fight for every eyeball and the short attention span of today’s digital world.  At the same, it is un acceptable to do it at the expense of others and publish material that is false or taken out of context.