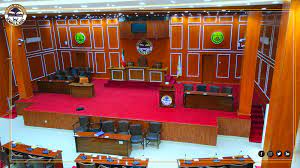 The parliamentary legal aide has elaborated on the nature of the powers the legislative house powers entail, especially in the summoning of persons to be grilled.

The House of Representatives, the first chamber of the legislature, has three powers that do not belong to any other government body.

In fact, parliaments around the world have a common procedure called “parliamentary procedure and practice”. For example, if the House committees summon an official or the House of Representatives, but the officer refuses to respond to the House’s summons, the House has a written and approved law on the steps required, which guarantees the House to issue a no-confidence motion to the concerned officials, and the President is then notified that one of the conditions for the appointment has been violated.

The number of votes cast for a no-confidence vote is of a simple majority.

The constitution mandates that Parliamentary Committees can call or summon and question office responsibilities at any time in accordance with the powers vested upon them by the Constitution.

If the executive and local government officials defy the summons and do not appear before the parliament, the constitutional principle is violated.