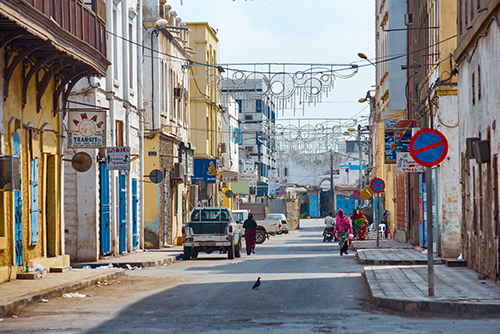 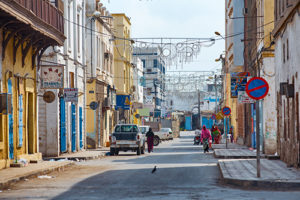 In 2015, Djibouti was considered one of the five data deprived countries in the Middle East and North African (MENA) region. The last household expenditure survey had been done in 2013, and no concrete plans were on the table to conduct a new one. Moreover, Djibouti’s statistical capacity to conduct surveys and censuses was at the bottom of the region and its statistical capacity score (46.7) lagged the MENA region (64.4) and other low income[1] countries (63.4). Thus, the statistical system in Djibouti ran the risk of not being able to provide timely information and help inform the public policy dialogue.

To tackle this issue, Djibouti’s Directorate for Statistics and Demographic Studies (DISED) partnered with the World Bank to update and improve the welfare and poverty monitoring systems in the country. A major objective was to produce recent and reliable evidence on the country. As part of this engagement, the household expenditure survey entitled Enquête Djiboutienne Auprès des Ménages (henceforth referred to as EDAM 2017) was designed and implemented, with fieldwork concluding in December 2017. EDAM 2017 is a multi- topic survey and collected information on households’ and individuals’ expenditure and consumption patterns.

The successful implementation of the EDAM 2017 was followed by a record breaking turnaround time to produce welfare and poverty estimates. DISED launched the preliminary results in March 2018, followed by the publication of a note on these results in June 2018.

The release of the note and consequently the survey data can help Djibouti to inform its development strategy and to achieve its objectives laid out in Vision 2035. At its core, the objectives of the strategy are to raise income per capita and to distinctly improve the social and human development indicators in the country.

The findings of the EDAM 2017 provide evidence on these two objectives. Results show that while the average Djiboutian spends a little over 200,000 Djiboutian Francs (DF), about US$1,124, annually on consumption, there is enormous variation across households: the poorest 10 percent spend on average around 40,500 DF each year (about US$228) while the richest households, i.e. the top 10 percent, consume about 672 000 DF, or about US$3,775 (Figure 1). It is thus crucial that the government’s objectives of increasing income per capita do not lose sight of the gains that could be achieved through an inclusive economic growth.

While the Vision’s objective to improve the human development indicators face serious challenges, there is evidence that the country has been doing a good job at improving educational outcomes. Results from EDAM 2017 show that literacy rate remains low at 53 percent with considerable geographic and gender disparities (Figure 2a). Nonetheless, there is a promising finding that the younger group of 15-24 years old performs much better as compared to the cohort of individuals aged 25 years and older on a host of educational outcomes (Figure 2b). There is also a marked catch up between men and women over time. In part, it may be attributed to improved access to schooling, signaled by an increase in the number of schools, with the number of public primary schools increasing from 84 in 2004-05 to 136 in 2016-17 (Annuaire Statistiques, DISED, 2012, 2017). On the other hand, the educational transformation is less evident in other regions where 41 percent of 15-24-year-olds did not receive any education as compared to 16 percent in Djibouti ville. These findings suggest that in the future, improvements may have to concentrate on women and in regions outside of the capital city, Djibouti, where the largest gaps in educational attainment are found.

For a country that has been identified as data deprived, the prompt dissemination of the EDAM 2017 is a very welcome step in the right direction. Even stronger efforts are expected in the near future. The country’s statistical agency has committed to update its dissemination system and publish documentation and microdata for all previously collected surveys. This will certainly help Djibouti escape its status of a data deprived country, but even more importantly, it will support the national statistical system to promote the discussion of evidence-based policy making.