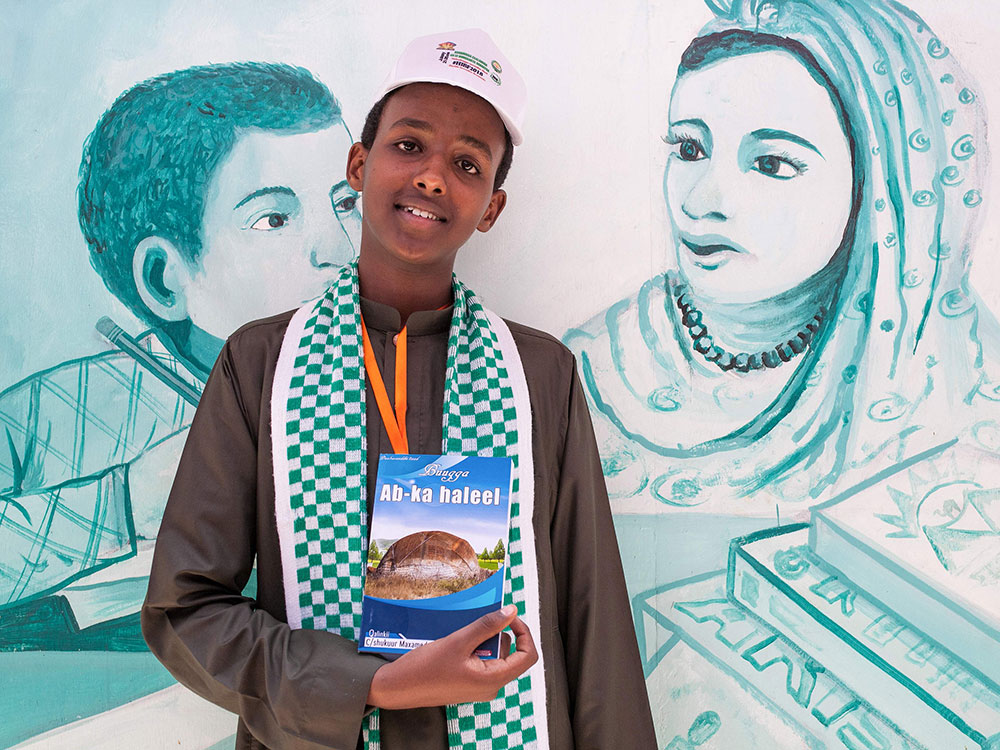 If Canada does not recognize Somaliland, we will be harming our own interest and contributing to conflict in a turbulent part of the world. 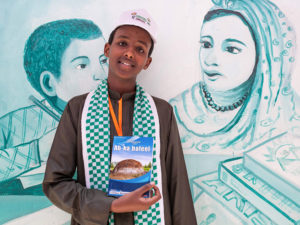 Abdishakur Mohamed,16, a young author from Somaliland, holds up a copy of his book on July 21, 2018, at an international book fair in Hargeisa, the capital of Somaliland. At the first annual event in 2008, organizers exhibited only a handful of books borrowed from friends and attracted just 200 visitors. Ten years on and literature has taken a prominent place in Somaliland’s culture.Mustafa Saeed/AFP/Getty Images

It starts like this. A Somali “entrepreneur,” often a former pirate who rose in the ranks of his “profession,” decides to attack a ship in the Indian Ocean in the hope that he can get a king’s ransom from the owners, or from the companies that insure the massive vessels, which carry 90 per cent of the world’s shipping. The entrepreneur either uses his own money or gets it from investors. With this money he hires local crews of pirates who are willing to man the small powerboats used to board the larger ships.

It can often take up to a year before a deal is struck. And when things go wrong, captive crews can get killed. In the case of Capt. Phillips, that marvellous movie starring Tom Hanks and based on a true story, the U.S. Navy intervened to save the day. Sadly, though, most companies pay the ransom, as the risks of not doing so are too great. In Somalia, this kind of crime does pay.

When the ransom is delivered, usually in cash, it is asymmetrically divided, the lion’s share going to the entrepreneur and the rest to the hired guns. This system is as transparent as that of the pirates of the Caribbean of the 18th century, when these kinds of profit-sharing arrangements were common and agreed to by all and sundry before attacking English or Spanish ships. It is a relatively democratic and “fair” system for a society without a duly constituted government.

You can read all about it in a book by Toronto’s Jay Bahadur, who tells their story in his tome called, not surprisingly, The Pirates of Somalia. You can also see a more politically correct version in the film of the same name, featuring Al Pacino. What the readers of the book and viewers of the film do not know, nor are they told, is that piracy is rampant on the east coast of Somalia, where the impotent internationally recognized “Transitional Federal Government” is supposed to hold sovereignty but does not. Instead, almost all of eastern and southern Somalia is run by various warlords who are in a near constant state of war with one another. (For those interested in the tragic detail of what goes on there I recommend the book Getting Somalia Wrong, by British journalist Mary Harper.)

But the pirates of Somalia, and the utter failure of the Transitional Federal Government more generally, is especially interesting in comparison with another Somalian story. The northern coast, at the Gulf of Aden, is now governed by the Independent Republic of Somaliland. There is no piracy, its port of Berbera is thriving, warlords hold no power, and, miracle of miracles, the people of Somaliland have a functioning, relatively stable, democratically elected government. A presidential system has emerged from the grassroots, without international diplomatic recognition and with only minimal, piecemeal and grudging support from the “international donor community.” Canada does not recognize Somaliland, but it does recognize the fictive Transitional Federal Government of Somalia in the south, even though the latter cannot even effectively control its own theoretical capital city, Mogadishu.

In order to better understand how most of Somalia is lawless while Somaliland is lawful and duly constituted, we must briefly describe the Somali people and some of their recent history. The Somalis have inhabited the horn of Africa for thousands of years. They are largely nomadic, tribally based camel herders, but over the centuries they have established coastal cities and inland trading entrepôts. In the complex oral history of their lineages they all descend from one semi-mythical ancestor named Somal. They speak a Cushitic language, part of the larger language group of Afro-Asiatic. Cushitic languages include ancient Egyptian and most of the languages of southern Ethiopia. Cushitic is a “cousin” of the Semitic language group.

Although the Somali people see themselves as having one origin, and share the same language, Islamic faith and much of the same culture, they have never had a concept of Somali nationhood. Their robust participation in the east African slave trade during the 19th century and their eventual colonization by the British and the Italians in the early 20th century made them aware that they may just be or become one nation, if they could rid themselves of colonial masters and rule themselves. Ultimately control of the territory of the Somali speakers came under five different regimes.

In the north, the British practised their tried and proven indirect rule among the Isaak tribal confederation on the coast and inland desert areas of the Gulf of Aden. The main part of southern Somalia was taken over by the Italians, who treated it like a colony and encouraged European immigration, like the French in Algeria. This area is the territory of the largest tribal confederation of the Somali, the Darod. Then there was the French-dominated port and mini-territory of Djibouti. Then there was the mixed tribal region but largely Isaak enclave in eastern Ethiopia. And finally, Kenya’s Darod dominated the northern frontier of that country.

When the winds of change blew across Africa in the early 1960s, British and Italian Somalia became two separate nations. One week later the nominally independent northern Somaliland joined with the southern part, to form the newly independent Republic of Somalia with a seat in the United Nations. The first few years of independence were promising, as they were across the rest of the myriad of newly declared African states, but soon after the same problems erupted.

The political leaders of the Darod and their military supporters took over the government and created a one-party state where patronage of family and tribe became the order of the day, thus giving the Darod a political and economic advantage over the northern Isaak. Then Somalia went to war with Ethiopia in the hope that it could integrate the Somali-dominated Ethiopian Ogaden desert and rangeland on its western border. The Somalis lost that conflict, and the regime then went to war against the Isaak in the north. The Somalian forces decimated Isaak towns and cities, driving out thousands of Isaak who became either fighters or refugees in the 1980s. Thousands of these men and women then moved to the Gulf Arab states as labourers during the oil boom there. There they became worldly, wealthy, educated and sophisticated members of a fast-emerging Somali diaspora.

The fall of the last Somali dictator shortly after the fall of the Berlin Wall led to a civil war in southern Somalia, and the creation of an alliance between the Isaak tribal militias in the north and their commercial diaspora abroad. As the south descended into warlordism, which in turn allowed for the rise of the al-Qaida-affiliated radical Islamic group al-Shabab, things in the north went in a different direction entirely.

Northern, largely Isaak militias managed to regain and retain much of the territory of former British Somaliland. They had the moral and financial support of their diaspora and they then managed, without international aid, to reintegrate most of the Somali refugees who had been languishing in UN camps in Ethiopia since the 1980s. As women had often been left behind in the camps to fend for themselves, this injected a notion of gender balance into what was once a strictly patriarchal Muslim society. And here is where Somaliland was and is different.

The elders of the tribes, the dominant lineages of the Isaak, a growing minority of women and diaspora businessmen realized that the two options which have been tried in Africa since independence do not work. The first is the slavish imitation of Western democracies, carving up the country into electoral zones and hoping for the best. There’s also the more dictatorial rule of a dominant lineage, backed by the military, running the state in their own interest and persecuting anyone else, which is what the Darod did to the Isaak during the 1980s. Instead, the inhabitants of Somaliland engaged in a drawn-out, nonlinear process of consultation and state building unlike any other that has occurred in Africa or in the Islamic world. Although at one point it descended into what looked like a civil war, the people of Somaliland now live in a loosely functioning democracy.

The ups and downs and the key milestones of this remarkable process are described in great detail by the British writer Mark Bradbury, an NGO and relief worker who has lived and worked in Somaliland for many years. He was not only an observer of this process but a participant, as Somaliland has almost defined civil society as the flourishing of local NGO and international NGO partners (this includes women’s groups, which are thriving).

In Bradbury’s book, Becoming Somaliland, we read about how the people of northern Somaliland engaged in the time-honoured custom of elders and stakeholders conducting near endless consultations under acacia trees, until they developed inter-clan and inter-lineage peace treaties and land adjudication which, once hammered out locally, could then could be replicated at a regional and national level.

One of the key innovations in the new democratic Somaliland is an upper parliamentary house of “tribal elders,” which has the clout both to prevent and adjudicate tribal or clan conflicts — the same kind of conflicts that drove the south into civil war. Somaliland politicians are not only focused on the local. In its bid for international recognition, which has been withheld by the nations of the world, the Republic of Somaliland has pragmatically offered to recognize the state of Israel as sign of their goodwill to all and sundry.

In 2008, Bradbury wrote, “Somaliland … is a self-governing territory … (that) fulfills most international criteria of statehood (including) … a popularly elected constitutional government that exercises some control over its borders, manages certain public assets, levies taxes, interferes in the market, formulates development policies and provides security for its citizens.”

Ten years later, Somaliland is still doing well. One thing this new republic does not allow is for pirates to use its coast on the Gulf of Aden to weaken and destroy international trade. That should make anyone stand up and notice. Rather than recognizing the failed state of Somalia in the south, instead, it would be wise for Canada and NATO countries to recognize and make Somaliland their strategic ally. The Iranians are watching this country carefully and they are already abusing its new democracy by supporting the opposition parties that have fairly arisen in a flourishing entity, once just another in a long line of failed African states.

If Canada does not recognize democratic Somaliland, we will be harming our own interest and contributing to conflict in that already conflict-ridden part of the world. We will also be seen as royal hypocrites who preach democracy for the developing world, but when it emerges there without our intervention, ignore it. It’s time for Ottawa to wake up.

— Geoffrey Clarfield is an anthropologist-at-large.