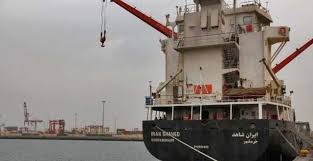 The Ambassador of the Republic of Djibouti to the Kingdom of Saudi Arabia Dhiauddin Bamakhramah, has confirmed the incorrectness of what has been circulated, by some media recently, about anchoring of Iranian ships, in the port of Djibouti.
On the basis of a statement issued by the port authorities in Djibouti, the ambassador added that no Iranian warship, at all, has anchored in the territorial waters of the Republic of Djibouti as well as its ports, stressing that there has been no relationship or cooperation with Iran, since Djibouti cut ties with Tehran.
The Republic of Djibouti remains committed to its principled and impartial position on Arab national issues, in rejecting Iranian interference in the internal affairs of the Arab countries, he stated.
Djibouti ambassador reiterated that what has been circulated in some media recently is nothing but tendentious news, which is hardly up to the concept of media news because it is stripped of the standards of accuracy, objectivity and support of the structural narrative with evidence and proof, as their main objective is to undermine the Arab- coalition, which Djibouti is among its important pillars, in the region.
–SPA