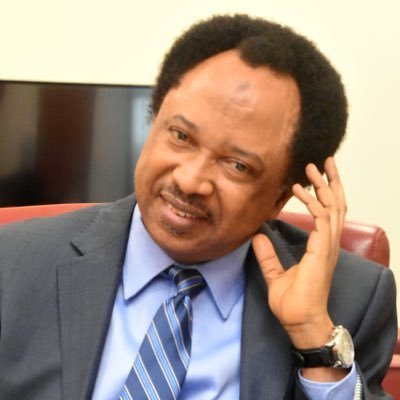 Hargeisa, Monday, 8 July 2019 — Nigerians based in Horn of Africa have slammed Shehu Sani, former Nigerian controversial senator from Kaduna State over his reckless comment a couple of days ago via his Twitter account about Somalia-Somaliland political wrangle, especially in relation to President Muse Bihi’s official visit to Guinea.

“Shehu Sani is really a disgrace to Kaduna people. What does he know about Somaliland-Somalia political history? Those who know politics better than him like Obasanjo will never make such a reckless comment in the public. Anyway, he’s a frustrated loser who is just searching for public attention. Somalilanders should just ignore him,” said Architect Taofeek Oyelese, a Nigerian resident in Somaliland.

In his comment on Twitter, Shehu Sani, who lost his Senatorial position in the last election, blamed the Guinean government for inviting Somaliland President to the country.

He says, “It’s wrong for Guinea or any West African country to accord any form of recognition to Somaliland or any breakaway part of Somalia,”

He further claimed that as far as West Africa is concerned there is only one Somalia, and that nothing else will change that position.

“There is only one Somalia. That has been our position and should remain unchanged. The challenges of Somalia is a phase and shall someday be history,” Shehu concludes.

Umar Osabo, a Nigerian educationist and literary scholar who lives in the subregion, refuted Shehu’s claim. “Let me school this ignorant Shehu Sani about Somalia-Somaliland politics. What this guy doesn’t know is that Somaliland’s case is just like Gambia’s case with Senegal. It was a British Protectorate that got its independence even before Somalia, former Italian colony. Somalilanders later unfortunately formed a confederation with their neighbor believing it would strengthen their governance system in Horn of Africa region, but the reverse was the case. So no doubt about the fact that Somalia is one, but Somaliland is not in any way part of Somalia, it’s just like the former Somali French Colony, Djibouti.”

“President Alpha Conde should be commended for inviting the Somaliland President. He is truly a peacemaker with foresight. I advise Nigerian government to do the same. There is no single country in the Horn of Africa that is as peaceful and democratic as Somaliland. Shehu Sani should go back to history, learn to do fact findings and stop disgracing himself in the public domain!” Umar concluded.