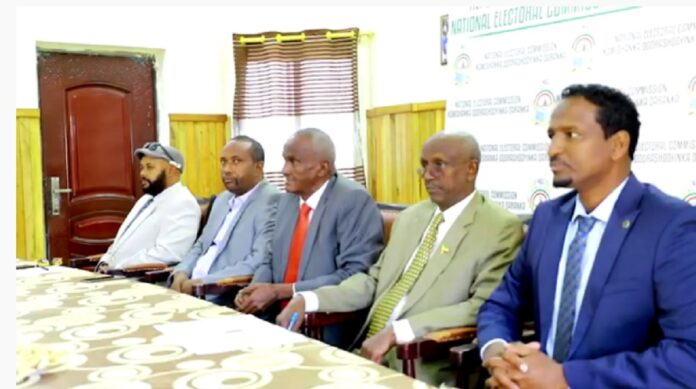 The Somaliland National Electoral Commission has announced the official start date for the district-to-district card replacement and the opportunity for those who have lost their voter cards. 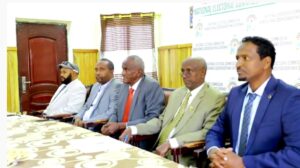 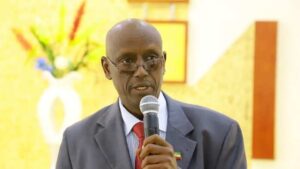 The Somaliland National Electoral Commission has announced the official start date for the district-to-district card replacement and the opportunity for those who have lost their voter cards.

He further added that Somaliland National Electoral Commission is currently in the process of ensuring the integrity of the up to date voter’s database by combing the previous records from 2016 to include newly registered constituents and since 2016 many people have migrated to other cities will be given the opportunity to change their constituencies. On the 15th of this month, 2021, the district-to-district voter’s replacement process will commence. “People should not be mistaken. No one can replace their cards in the district of issuance, but they can do so in the other 23 districts of the country.”

“People who have lost their cards, the commission has made it possible for them to get a replacement card and be given a certificate to vote for, and instead of a card, they will prove that the card is lost their voters card by swearing he has lost his card, and only then it will be replaced,” said the head of Somaliland National Electoral Commission.

The requirements for those who wish to replace their voter’s card and those who have relocated from their former constituencies are as follows;

Mr. Abdirashid Rio-RAAC “We are announcing to the public that on 15/2/2021 the process will start in 120 designated locations across the country. Originally it was to be held only in the districts, but when the commission looked at the scope and extent of the land, the number was increased with special consideration for the boundaries. The process will take place in 120 locations. The duration of this process is ten days, with each location operating for an additional four days, within the six districts in Maroodi Jeh.

Mr. Abdirashid Rio-RAAC said that in 2021 those who participated in the voter registration process shall not be included in the upcoming process. “Therefore, we call for the law and order to be maintained during the duration, for the commission’s guidelines to be heeded, and for the public to assist and co-operate with the university’s youth and the security forces tasked with undertaking the work,” he said.