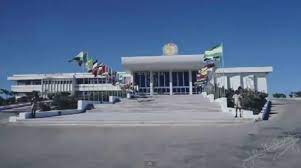 Parliament held its second sitting in just a few days to expedite upcoming votes and scheduled that a new speaker will be chosen on April 17. Senators will pick a leadership on April 26.

One of the mortar shells struck the gate of Villa Hargeisa, parliament compound where a number of people wounded, including two of the bodyguards of an opposition MP Abdirahman Abdishakur, who is also a presidential candidate.

It comes just days after mortar bombs fired by insurgents targeted a heavily fortified venue near Mogadishu Airport where the swearing-in of new MPs & Senators was held on Thursday, but no casualties were reported.