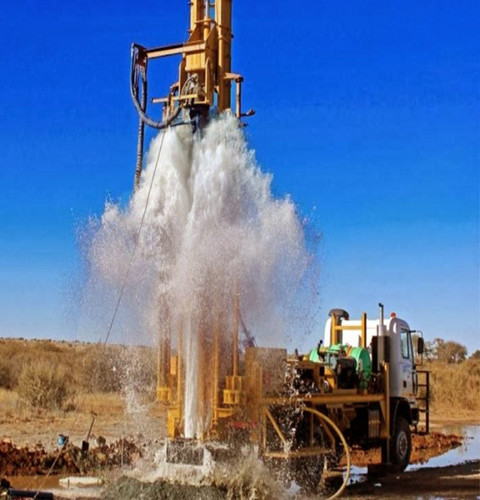 Following perennial water shortages across the country the ministry of water resources has started a campaign to increase water sources in Somaliland. The assistant minister of water resources Mr.Saeed Ahmed represented the minister in over seeing the implementation of the water drilling project.

The drilling comes at a time when the inhabitants of many villages and towns in the country are reeling from effects of a severe drought. Officials from a local NGO known as Himilo and the area member of parliament Hon. Jama Abokor Dube were present at the site.

Also present at the drilling site was the Governor of Togdheer region Mr.Mohamed Abdillahi Nafaqo and his deputy Mr.Muktar Mohamed Mohamoud.

Speaking at the site the elders of Shasha’ade village commended the minister of water resources Mr.Ali Marehan for his timely response to their distress. Severe water shortages has plugged many regions of Somaliland.

The area MP also addressed his constituents he said “ I shall not rest until all the needs of my people are met.”

The legislator went on to say that he will liaise with government officials to aid in initiating development projects.

Addressing the press at the site assistant minister of water development stated that the  government will not rest until the people of Somaliland have enough water. He promised to make sure all villages have water for domestic use and for their livestock.