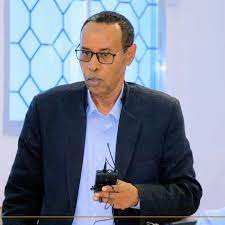 The clerk of Somaliland’ parliament House of Representatives Mr.Abdirisak Saeed Ayanle has confirmed the role of parliamentarians during this year independence celebrations.

Addressing the press at parliamentary premises he revealed the agenda and plan of the House of Representatives to fully participate during the 18th May 2022 across the country.

He had these to say “I take this precious opportunity to congratulate the people of Somaliland wherever they may be on this auspicious occasion of 31st anniversary of independence of Somaliland. The liberation day is marked annually on 18th of May. Somaliland independence was declared in Burao town on 18th May 1991.”

The Clerk stated that this year’s ceremony will be unique since the country is marking its 31st anniversary since it regained her independence from Somalia.

He confirmed that parliamentary staff who work under his leadership have been asked by their boss the speaker of parliament to participate in the celebrations in pompous manner.

Clerk Mr.Abdirizak Saeed Ayanle confirmed the purchase of costumes to be work during the celebrations by parliament staff. He added that all costumes have been branded with 18th May insignia and labelled with the national flag colours.

He also said that some of the costumes have been sent to other regions of the country.