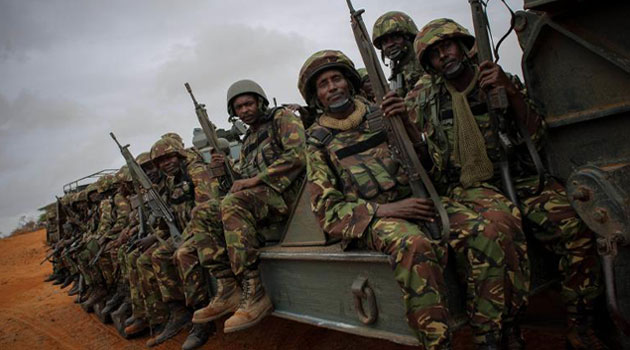 BRUSSELS, Jan 26 – Kenya has urged the United Nations to finance the continental counter-terrorism mission in Somalia, arguing that this will stop the country from falling back to Al-Shabaab control, reports CGTN Africa.

“The promotion and maintenance of peace and security in the world is the primary mandate of the United Nations,” Mr Namwamba told a gathering of diplomats from the African Union and the European Union in Brussels on Tuesday.

Kenya, Ethiopia, Uganda, Djibouti and Burundi have jointly contributed troops to the 22,000-strong force, initially meant to last only six months in 2007, but which is still engaged in a dogged fight with the terrorist group.

With 3,664 soldiers in Amisom, Kenya has previously called for more predictable funding for Amisom.This request comes barely two weeks after the DusitD2 attack in Kenya’s capital Nairobi in which 21 people were killed in which Al-Shabaab took responsibility for the attack.