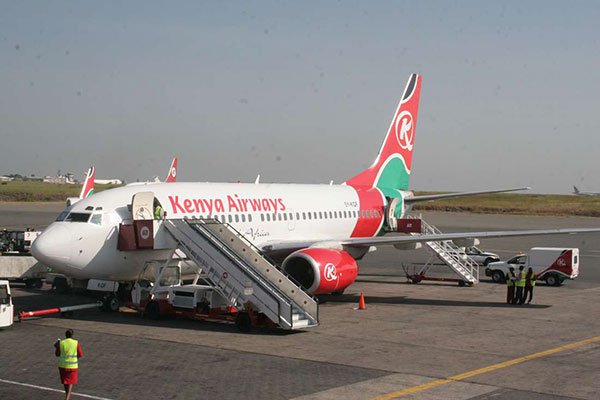 The carrier says the move follows increased demand on the route as it stretches its wings in a move expected to boost trade with the Horn of Africa nation.

“The addition of this route to our network demonstrates our commitment to improving connectivity on the African continent, while creating new opportunities for corporates, investors, traders and tourists”, said Kenya Airways CEO Sebastian Mikosz in a statement.

“We want to extend our network reach and make it convenient for our guests who work and invest in Somalia.”

The daily non-stop flight will leave JKIA at 07:40 am to arrive in Mogadishu at 9:55 am local time.

It will then depart Aden Adde International Airport, Mogadishu at 10:45am to arrive back in Nairobi at 1:00pm.

KQ, as the airline is known by its international code, will fly Bombardier Dash 8 Q400 on this latest route that is set to ease travel between the two cities.

“With the demand for travel by traders to Somalia through Nairobi increasing, the launch of this route is expected to ease travel between the two cities that are the focal points of business in the two countries and spur commercial activities,’ said the CEO.

Exports to Somalia increased by 33.5 percent in the first half of the year, making it the third-largest destination for Kenya’s merchandise in Africa after other markets shrunk.