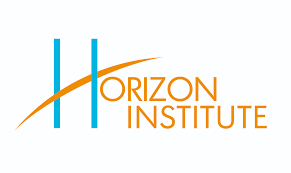 Today, Horizon Institute has called on the High Judicial Council in Somaliland, the body with the responsibility to discipline the judiciary, to immediately suspend Judge Abdi Qawdhan Abdi, Chairman of the Regional Court of Maroodi-Jeeh in Hargeisa, pending an investigation into his professional conduct. In a statement released today, Judicial Intimidation of Lawyers in Somaliland: Undermining the Rule of Law, Horizon also asked the Council to lift sanctions imposed on two lawyers by Judge Abdi Qawdhan Abdi, the suspension of the license of Hamse Mohamoud Hassan and an arrest warrant issued for Abdirahman Mohamed Mohamoud (Burhaani), the Director of Talosan Law Firm and Legal Services.

The two orders by the Regional Court of Maroodi-Jeeh, and the manner in which these decision were reached, raise serious and troubling questions about the state of the judiciary. The verdicts seek to curtail the freedom of lawyers to speak up about matters of public interest, to represent their clients in a court of law and to express their opinions, rights which are all comprehensively protected by the Constitution and the laws of Somaliland.

If the leadership of the judiciary wants the public, as well as the legal profession, to believe that justice exists in Somaliland, and the Constitution and the laws are respected, then it must show them this reality through its own actions, decisions and verdicts. These two orders, by disregarding the constitutional and legal rights of lawyers and of the public, achieve the exact opposite goal. The impact is to sow fear, discourage people from using the courts to settle disputes peacefully and to conclude that the Chairman of the Regional Court of Maroodi-Jeeh does not, in fact, believe in the rule of law.

The High Judicial Council needs to take clear, decisive and prompt action in order to send a strong message to the public that judges cannot be allowed to disregard the Constitution and the laws of Somaliland.