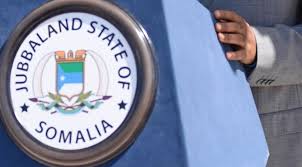 The Somali government had said in a statement yesterday that it recognized Madobe as interim leader of Jubaland state for a two year mandate as stipulated in Jubaland constitution.

Ahmed Madobe, a former warlord was re-elected as president of Jubaland in August last year in an election process rejected by the Federal govt who backed a loyalist candidate in a parallel election. The Jubaland crisis strained relations between Kenya and Somalia where Kenyna backed Madobe and Somalia long accused its neighbour of meddling its domestic affairs.

The tension escalated in March after a heavy fighting broke out near the Kenya border between Somali troops and Jubaland forces.

Jubaland authority in another statement said the mandate of Jubaland leader expires in four years in accordance with Jubaland state constitution.

Therefore, no one can decide the mandate expiration against in favor of the provisional constitution.

The govt invited heads of various states to Mogadishu next week to discuss national elections due before February 2021.