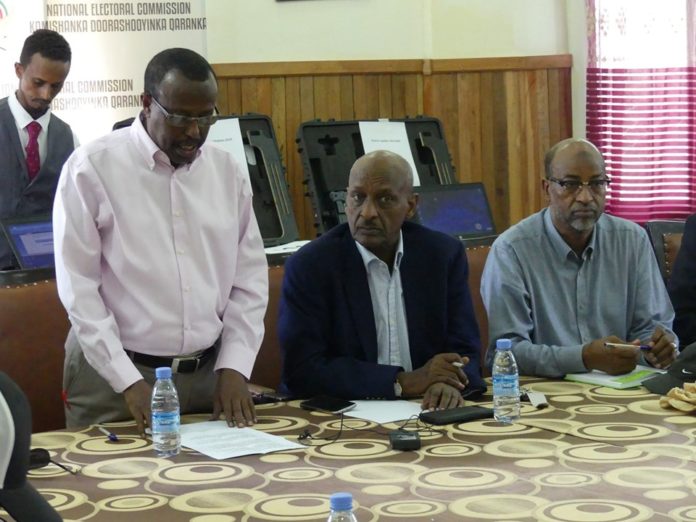 The Somaliland National Elections Commission (NEC) held a meeting in Hargeisa with all the stakeholders and donor nations to update the state of readiness for the prospective parliamentary and local elections slated for December 12th, 2019.

The Commission gave a presentation on the current state of readiness and the tools to be used with regard to voter registration, ballots, election security and voter fraud.

The NEC hopes to hold a mock voter registration drive in the coming weeks.

Meanwhile, two of Somaliland’s political parties Kulmiye and UCID appeared to be ever more ready to hold a two party elections in Somaliland. This would be in-contravention of the constitution and would not be a legal or a binding election.

UCID chair Faisal Ali Warabe and Kulmiye deputy-chair, Mohamed Kahin Ahmed, spoke to the media after their meeting with the NEC and stressed their believe that a two party election in Somaliland, in their opinion, is eminently feasible.

There seems to be a case of brinkmanship going on between the Somaliland political parties, which is not in the interest of the nation and it’s democratic stature. It would seem that the need for dialogue between all the parties and institutions, with free and frank discussions and a consensus that puts the interest of the country above political considerations is paramount.