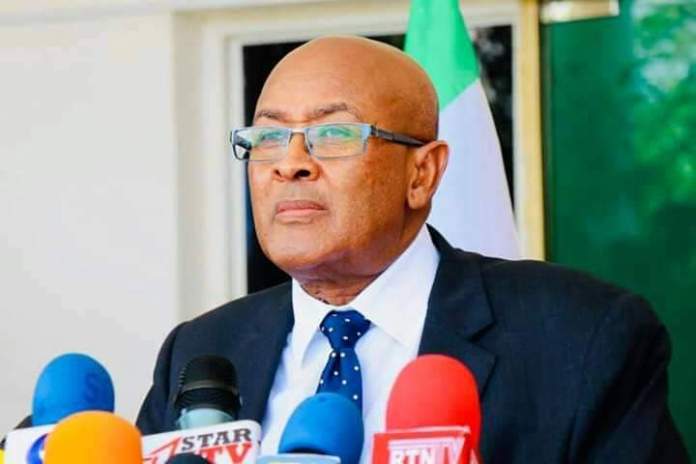 Wadani party chairman, Abdirahman Irro, has urged the public to take part in the voter registration which kicks off on Sunday in Somaliland.

The chairman also warned the government not to violate media freedom which pertains to the recent disagreement between media houses and the information ministry over the renewal of licenses.

Irro said voter registration means for the country to have free and fair elections.

The chairman has also advised those who have reached the voting age or those who lost their cards or those who had not taken before should not let this opportunity to pass by them.

Irro spoke out of the recent row between the media and the country’s ministry of information over the renewal of media licenses.

Irro recently held a meeting with a group of journalists at his residential home to discuss with new row.

Irro narrated: ” I received at my residential home group of journalists including the chair of SOLJA. They all shared the hurdles they encounter from the information ministry.”

He called on the government and the political parties to support the media freedom and warned the government  to levy against illegal taxes that won’t come through the parliament.