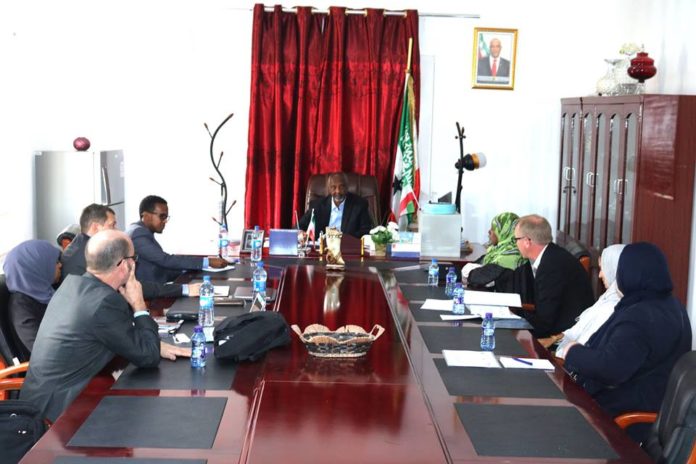 The interior minister, Mr. Mohamed Kahin Ahmed held a closed door meeting today with officials from Foreign & Commonwealth Office (FCO) and Axiom as well. The Director General in charge of internal security was with minister during the meeting. The media were barred from the gathering. According to bridged statement from the interior ministry stated that the talks centered on accelerating the implementation of projects in Somaliland.