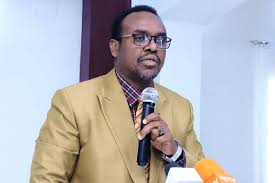 Somaliland’s information ministry has issued a new directive on Saturday urging its staffers to avoid discussing and analyzing the politicians and candidates of neighboring countries.

The information ministry did not officially cite specific countries in the directive but it is most likely to be Somalia where there has been protracted political impasse over the election process in the past couple of months.

The ministry also clearly reminded its staffers not to get involved in domestic politics and not to show political parties logos, citing the civil service law in Somaliland.

SL ministry has not shed light why it has released the statement this time.

Djibouti, Ethiopia and Somalia are gearing up to hold election this year.

Somaliland is also planning to hold the most widely contested parliament and city council polls this coming months.