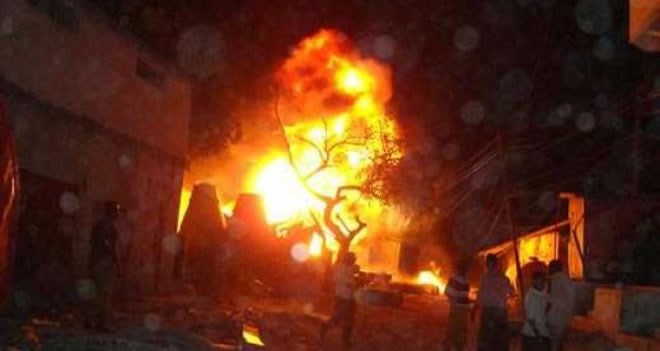 “Many cars are burning now,” he said following the blast in Maka Al Mukaram street. “We know five people are dead and the death toll is sure to rise.”

A Reuters witness saw four dead people and dozens of others injured. He saw blood stains, a dozen cars burning and three buildings including hotels destroyed by the blast.

Earlier, a Reuters reporter heard a huge blast followed by clouds of smoke and heavy gunfire.