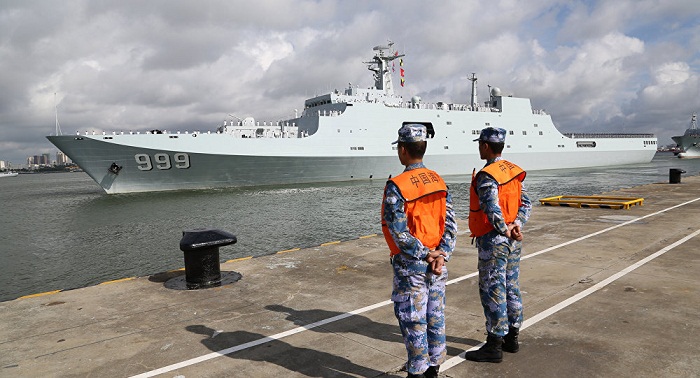 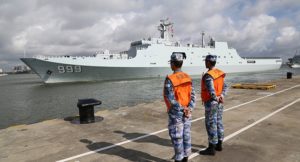 BEIJING, China—-Beijing’s cumulative loans to Africa since 2000 amounted to $124-billion by 2016, according to figures compiled by the China-Africa Research Initiative (CARI).

Djibouti is projected to take on public debt worth around 88 percent of the country’s overall $1.72 billion GDP, with China owning the lion’s share of it.

On March 2018, Djibouti signed a partnership agreement with a Singaporean company that works with China Merchants Port Holdings Co. or CMPort, the same state-owned corporation that gained control of the Hambantota port in Sri Lanka to build the Doraleh Multipurpose Port.

In recent years, China has emerged as a key investor and a generous, ready and easy lender to African countries.

According to a report by China-Africa Research Initiative (CARI), Beijing’s cumulative loans to Africa since 2000 amounted to $124-billion by 2016.

Angola, Ethiopia, Sudan, Kenya and the Democratic Republic of Congo respectively, were the top beneficiaries of these loans. Angola’s oil-related loans worth $21.2 billion since 2000 total roughly a quarter of cumulative Chinese loans to the entire continent.

“Half of those loans were given in the past four years,” Janet Eom, an associate researcher at CARI, told said. “So Africa’s debt to China is becoming more of a concern moving forward.”

While African Presidents are at least this time round somehow exempted from the indignity of being talked down while clutching their begging bowls at western capitals before a few notes is thrown into their bowls, the readily available Chinese loans is not entirely risk free.

Economists and other international financial institutions are becoming increasingly worried that the East Asian giant under a careful disguised “debt trap” diplomacy is burying many developing and poor countries in massive debt and then forcing the highly indebted countries to hand over some of their key infrastructures such as the case of Sri Lanka.

One such African country that is exhibiting all the red flag signals of going Sri Lankan and now Zambian way is Djibouti.

Djibouti lies more than 2,500 miles from Sri Lanka but the East African country faces a predicament similar to what its peer across the sea confronted in 2017, after borrowing more money from China than it could pay back.

In both countries, the money went to infrastructure projects under the aegis of China’s Belt and Road Initiative.

Sri Lanka racked up more than $8 billion worth of debt to Chinese sovereign-backed banks at interest rates as high as 7 percent reaching a level too high to service.

With nearly all its revenue going toward debt repayment, in 2017 after being pushed to the wall, Sri Lanka threw in the towel and handed over the Chinese-built port at Hambantota under a 99-year lease with China having a 70 percent stake.

According to a report published by the Center for Global development, Djibouti is projected to take on public debt worth around 88 percent of the country’s overall $1.72 billion GDP, with China owning the lion’s share.

The port is significant not only because it sits next to China’s only overseas military base  but also because it is the main access point for American, French, Italian and Japanese bases in Djibouti and is used because of its strategic location  by parts of the U.S. military that operate in Africa, the Middle East and beyond.

One concern is that the Djibouti government, facing mounting debt and increasing dependence on extracting rents, would be pressured to hand over control of Camp Lemonnier to China.

“Djibouti’s now identified as one of those countries that are at high risk of debt distress. So, that should be sending off all sorts of alarm bells for Djiboutians as well as for the countries that really rely on Djibouti, such as the United States,” said Joshua Meservey, a senior policy analyst at the Heritage Foundation.

And that’s not all, China is not done yet with Djibouti, Beijing has been earmarked the country as one of 68 countries set to be involved in its ambitious One Belt and One Road Initiative (OBOR). The Center for Global Development’s report warns that the 68 countries involved in the Belt and Road Initiative currently face unsustainable debt levels.