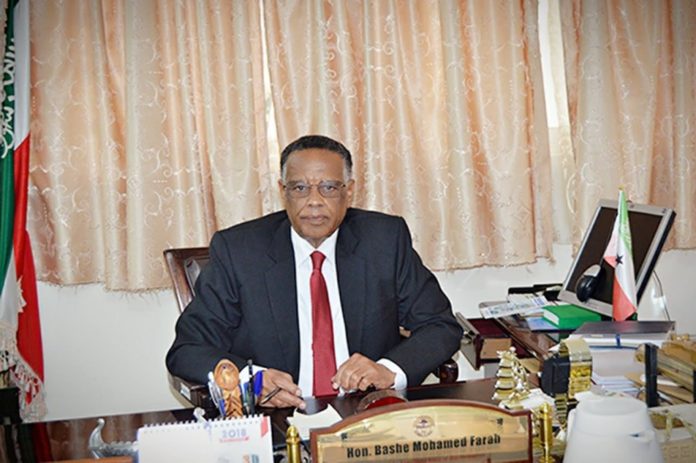 The house of representatives and the gov of Somaliland are having discussion aimed at securing the release of lawmaker, Dhakool, who has been put behind bars by the gov. This was disclosed by the House speaker of the national assembly, Mr. Bashe Mohamed Farah on Wednesday. The incumbent house speaker has expressed his optimism that the talks will be successful. In other words, the parliamentary speaker has conveyed a congratulatory message to the Somaliland populace on the auspicious occasion of Eid-ul-Fitr. The House speaker has passed greetings over to the parliamentarians and their families over the occasion. Mr. Bashe has hoped that this year will bring peace and prosperity to the republic democratic of Somaliland. The arrested legislator is accusing of questing Somaliland’s independence Day which is marked May 18 on yearly basis. The gov and the office of attorney general in conjunction with law enforcement agencies have brought the lawmaker to the court but was rejected on the grounds that he must be stripped of his parliamentary immunity.