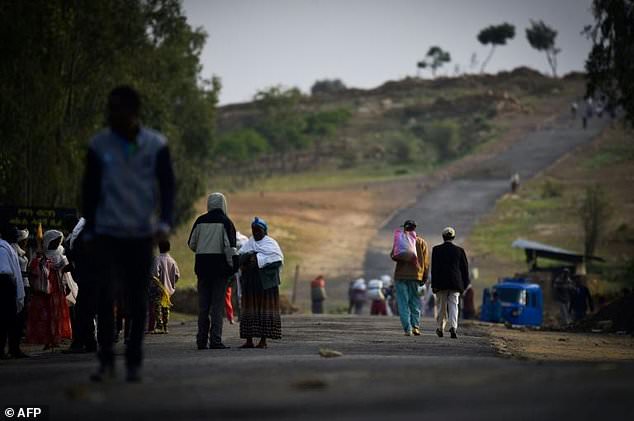 In the heady days after longtime foes Ethiopia and Eritrea signed a peace deal a year ago, Teklit Amare’s Peace and Love Cafe near the newly-opened border overflowed with customers.

Now, he paces among empty tables, wondering aloud how to keep his business open as optimism fades, with borders again sealed and hopes of progress dashed.

The Zalambessa border crossing closed at the end of last year without explanation as leaders have remained silent. Others crossings followed suit.

“When they shut the border so soon after opening it, that was the saddest moment,” said Teklit, a former teacher who now struggles to pay his rent.

The feeling is widely shared in Zalambessa, a town where battered buildings highlight the damage wrought by the Ethiopia-Eritrea border war, which erupted in 1998 and left tens of thousands dead.

During the stalemate that followed the end of active hostilities in 2000, Zalambessa was all but abandoned, deprived of infrastructure and other investments.

“After the opening it was very obvious that everybody was happy. They want to trade, to have these connections,” said Hadush Desta, Zalambessa’s top municipal official.

“But now, because of no reason, it’s closed. People are emotional about it. They say, ‘Why is this happening to us?'”

The border opening was just one breakthrough in the whip-fast rapprochement between Ethiopian Prime Minister Abiy Ahmed and Eritrean President Isaias Afwerki that began just over a year ago. 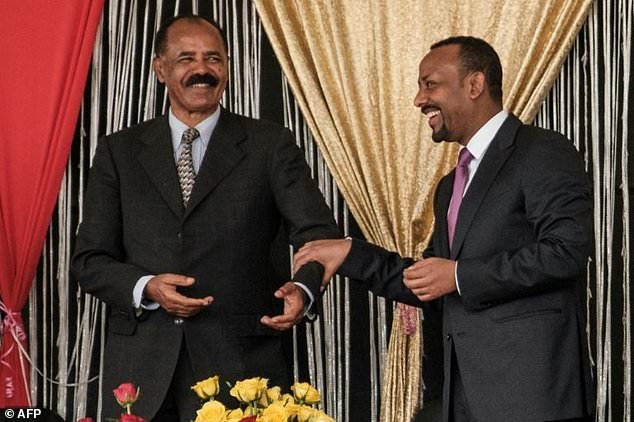 Following Abiy’s initial overtures, the two sides embarked on a rapid mending of ties that caught even close observers by surprise, re-opening embassies, resuming flights and taking meetings across the region.

But enthusiasm for the deal has given way to frustration — and not just near the border.

On other goals too — from inking new trade deals to granting Ethiopia access to Eritrea’s ports — high initial hopes have gone unmet.

The lack of communication from both governments makes it difficult to pinpoint why the peace process appears stuck.

Abiy paid a two-day visit to Asmara last week and pledged to “further enhance” the peace process, but no detail was given of their discussions.

“As they say, the devil is in the details. We are not so clear what is going on,” said Abebe Aynete, an Addis Ababa-based senior researcher with the Ethiopian Foreign Relations and Strategic Studies think tank.

Many analysts and diplomats suspect Eritrea is guilty of foot-dragging.

Opening up to Ethiopia would force Isaias to surrender a measure of control, something his critics say he is unlikely to do.

“I personally believe that as long as the current group in Asmara stays in power, I don’t think the border will open and the two countries will not proceed to normal relations,” said Mehari Tesfamichael, chairperson of the opposition Eritrean Bright Future Movement.

Isaias’ notoriously iron-fisted government has long cited the standoff with Ethiopia in justifying harsh policies like compulsory national service, which forces citizens into specific jobs at low pay and bans them from travelling abroad.

Last October, the UN refugee agency noted a seven-fold increase in refugees fleeing Eritrea after the borders opened, with around 10,000 refugees registered in one month.

The peace deal “provided some hope that restrictions on national service would be lifted, but so far there has been little change” in Eritrea, said Human Rights Watch.

Ethiopia’s domestic politics could also be part of the problem. 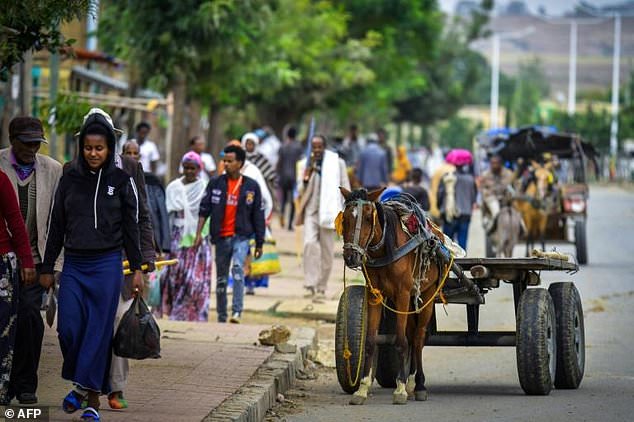 Zalambessa was all but abandoned, deprived of infrastructure and other investments after the Ethiopia-Eritrea border war

Abiy’s ambitious reform agenda has run into roadblocks, a fact underscored by the assassination last month of five government and military officials.

The changing landscape has inflamed tensions between Abiy and the Tigrayan People’s Liberation Front (TPLF), the party that dominates the northern Tigray region and was the strongest political force in the country before Abiy came to power.

Tigray’s administration of Ethiopian border areas means the TPLF should be a major player in normalising ties with Eritrea, provided it plays along.

“Solving issues related to the border ideally needs the full cooperation of Tigray and the TPLF. That isn’t what we have right now,” said William Davison, senior analyst at the International Crisis Group think tank.

“We have significant rifts between TPLF and its ruling coalition partners and also disputes between the Tigray region and the federal government in Addis.”

However observers say it’s important not to lose sight of the progress that’s been made.

“Up front we have to acknowledge that we’re in a much better place than we were before the rapprochement, when the possibility of state-on-state conflict was quite high,” said Michael Woldemariam, an expert on the Horn of Africa at Boston University.

Even at the border, the news is not all bad.

Though the Zalambessa crossing closed completely in December, soldiers on both sides have since loosened restrictions. Ethiopian traders say that on some days they cross into Eritrea unimpeded, and on others they can often get through using unofficial crossings.

Back at the Peace and Love Cafe, owner Teklit said he is not giving up just yet.

He said he is encouraged by the fact that ties between the two countries are still officially warm.

“There are rumours that the Eritrean government is fixing the road,” he said. “This gives us hope that they might one day reopen again.”