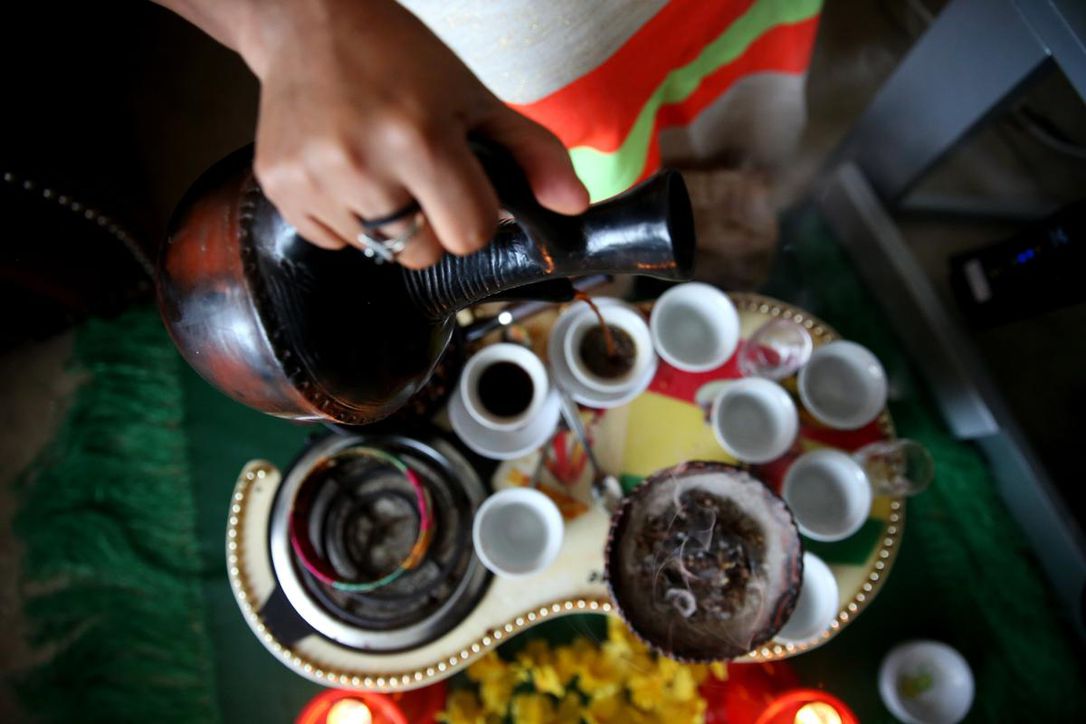 CALGARY—As the daughter of Ethiopian immigrants, one of my bedtime stories included the origin of coffee.

Coffee originated in Ethiopia. If you ask my mother, it’s where you will find the “absolute best coffee in the world. No competition.” 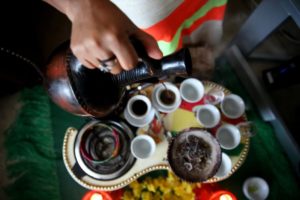 International Coffee Day is on Monday, and though the hot beverage is popular among many in Canada, it holds a special meaning for the Ethiopian and Eritrean diaspora. Coffee ceremonies are a tangible connection to their homeland.

The earliest origin stories tell of an Ethiopian goat herder who noticed his flock of goats were more animated than usual after eating some bright, red berries.

The details after that get a bit murky. In one version, he takes the berries to a holy man who forbids him from using them. In another, he throws them in a fire, but is lured back because of the aroma of the berries roasting.

For Ethiopian and Eritrean diaspora, coffee — or buna as it’s called in Amharic — is not just a drink, it’s a sacred ritual that ties them to their motherland.

When a baby is a born, or someone gets married, or there is a death, coffee is always prepared.

My mother, Messi, left Ethiopia when she was 18 years old due to political tensions. Among the few things she brought over was a jebena — a clay coffee pot — that her mom had bought her, and a few of her favourite traditional coffee cups, called cinis.

Though she’s been separated from her family by oceans, continents, cities and dropped long-distance calls — coffee has always been her way of keeping them close. She’d hold on to a small cini and be transported back to her home.

My mother learned the art of making coffee at 12 from her own mother. “After that, I’d add the water and everything together and I’d sit beside my mom and make coffee for her and my older sisters.”

Once before work, another during lunch, and one last coffee after dinner, right before bed.

Three times a day, her childhood home would be packed with family, friends and neighbours as she, or one of her four older sisters, would painstakingly prepare the drink.

“People sit in Tim Hortons for two hours, right? Our people, they sit home, they make coffee, they get together. It’s a part of our culture,” she said.

According to my mother, there’s only one way to prepare coffee right: the traditional way.

The process is always done by a woman.

A mat, or grass if the occasion calls for it, is laid out on the living room or kitchen floor, then a small table is placed on top. Then she’ll lay out the cinis.

Sitting on a small stool, she’ll wash the beans and roast them in a small pan. Before she grinds the beans, she’ll bring the pan to each guest, allowing them to take in the smell of the freshly roasted coffee.

She’ll fan the smoke from the pan around the house, to bless it.

The beans are then ground in a cylinder while they are still warm, then mixed with water in a jebena, and the pot is placed on the fire.

Just before the mix begins to boil, she pours it carefully into the guests’ cups, to be served alongside popcorn or sweet bread. Usually it’s taken black, heavy on the sugar.

For my mother when she first came to Canada, these ceremonies made her feel less homesick. It was a cultural lifeline.

“I always thought about back home. During long weekends, I’d invite friends over, we’d have a get together like this and we’d have coffee and talk about Ethiopia for hours,” she said.

My childhood was full of these ceremonies. Every weekend, there would be guests walking in and out of our house, squished on our couch watching Ethiopian dramas, drinking coffee and reminiscing about their home country.

And the rich aroma of the coffee would linger in the house long after the coffee had been poured.