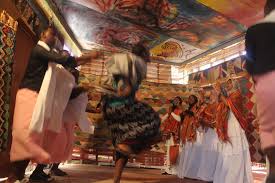 The need for cultural awareness & a link between history, feature, the Hargeisa Cultural Center has launched “Traditional Artifacts Exhibition”.

In a colorful ceremony to mark the start of the exhibition on traditional artifacts, the centre launches new historical to show the next generation in the creativity they had in the past and their skills.

The exhibition launch which was attended by various influential members, was officially launched by the chairman of the center, Jama Muse Jama.

The exhibition which runs until the 4th of February aims to create cross generation knowledge transfer and build the learning of indigenous creative ways of handcrafting that is lost in the community mainly in the imported items.

The exhibition which has the sole purpose of displaying artifacts with cultural significance as well as tapping into art culture and traditional items that shapes society and helps Somalilanders connect with the history.

While speaking to the media, the chairman, Mr. Jama Muse Jama stated that he hopes the exhibition will attract people from all ages specially children of school going age who will be interested in learning about their history.

Jama Muse Jama said: “This month we opted to display the artifacts, the cultural material. The concept that Somalilanders used to have in centuries- art, culture, and traditional items shape the society and makes what we call collective ownership, history, cultural art of the same society and reconnects to each other. Each sector of the society feel to be part of it. For that reason, Hargeisa Cultural Center this month opens art display which is based from the Somali Hut- the traditional Somali Aqal up to all the materials that used to build and created by artifacts by the blacksmith of SL society to produce everything that the house needed in order to do their daily life.”

The elder generation also welcome to reconnect and relive how life was for them. Other speakers at the event pointed out the necessity for cultural inclusion and awareness as well as promoting the concept of Somaliland has had for ages.