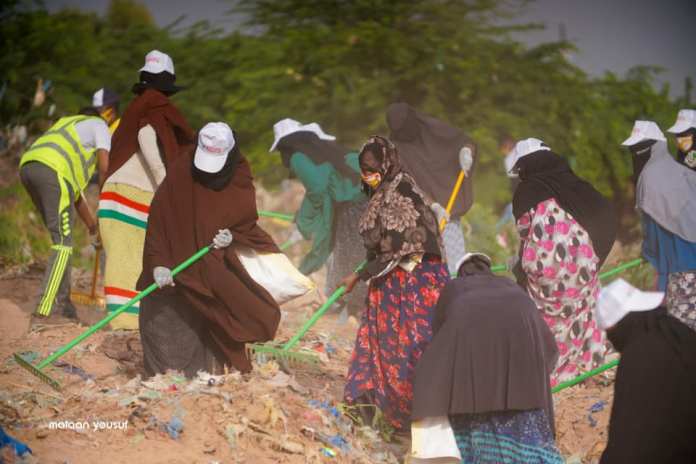 The mayor of Hargeisa on Thursday launched special operation aimed at cleaning the environment.

He said anyone who dumps trash indiscriminately in the Hargeisa valley will face prosecution.

In the wee hours Thursday a team of campaigners conducted in most of Hargeisa valley which was announced by the city hall.

local councilors and hundreds of locals have shown up in the capital Hargeisa.

The cleaning operation was meant to collect and clean wasters from the capital.

He said that this is not the first operation but pledged to continue such cleaning exercise.

He reopened blocked road which is part of opening closed roads.