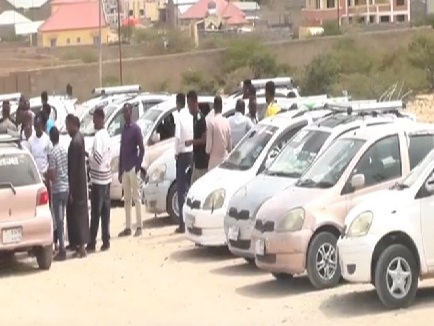 The VITZ cab drivers staged a peaceful demonstration on last Friday after gov’t stopped them ferrying passengers to and fro the provinces in Somaliland. The ministry of transportation recently blamed the drivers of being responsible of increasing traffic accidents in the country. The government accused of ferrying many passengers which exceeded their capacity. The cab drivers held the protest in defiant of the order imposed by the ministry of transport which stated that the road safety of the passengers rests on their shoulders. Police arrested the drivers who held the demonstration where the VITZ cabs were also brought to the traffic police headquarters.