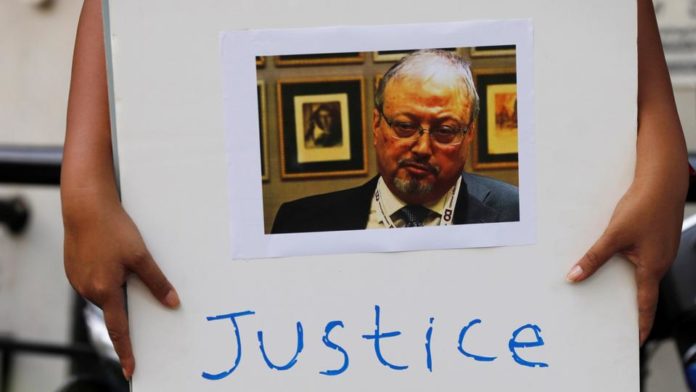 Denying the accusations for weeks, Saudi Arabia finally admits the journalist was killed inside its Istanbul consulate. The reaction on social media has been caustic.

Saudi Arabian journalist Jamal Khashoggi was killed in a “fistfight” in the Saudi Consulate in Istanbul, the kingdom said early on Saturday, acknowledging the writer’s death for the first time.

Saudi authorities said 18 Saudi suspects were in custody for his slaying and intelligence officials had been fired.

Khashoggi went missing after entering the Saudi consulate in Istanbul on October 2.

The White House said it was “saddened” to learn of Khashoggi’s fate, but US President Donald Trump said the Saudi explanation of his death was “credible.”

Not so, US Republican Senator, Lindsey Graham, who wrote: “to say that I am skeptical of the new Saudi narrative about Mr. Khashoggi is an understatement.”

Following is a selection of official and unofficial reaction to the Saudi acknowledgment that the prominent Riyadh critic was dead, after denying knowing anything of his fate for more than two weeks.

What I hate about the statement is the use of the passive construction to imply this was an accident. Jamal didn’t just “die during a struggle.” #Khashoggi was killed. By Saudi men. In a consulate. His life was taken from him.

#Khashoggi was a 60 year old man. What sort of equal “fight” would he have had against 15 other men? And who brings a bone saw to a “discussion”?!

The stupidity of the Saudi explanation is mind boggling….

Wake up and smell the bloody roses Saudi’s. We need a new crown prince. This administration has failed, silenced and abducted some of you.
Where do we draw the line? Yesterday it was Jamal, tomorrow this could be you.#اوامر_ملكية #جمال_خاشقجي_في_ذمة_الله #مملكة_العدل_السعودية

Filled with overwhelming fury. Where have you led our country. What have you turned it into. What a shameful day. You took away the life of someone who was supposed to be one of your own. On land that was supposed to represent his refuge in a foreign country. #JamalKhashoggi

The claim that Khashoggi was killed while brawling with 15 men dispatched from Saudi Arabia is not at all credible. If he was fighting with those sent to capture or kill him, it was for his life.

The Kingdom must be held to account. If Administration doesn’t lead, Congress must.

The idea that it took 17 days for the Saudis to learn that Khashoggi was killed in a “fist fight” in their own consulate is an insult to everyone’s intelligence.

Where is the body?

What we’ve seen by the Saudis over the past 16 days is one of the more sustained campaigns of dissembling and dishonesty by a supposedly close ally that I can remember: Flagrant, brazen, reckless, and without a shred of moral sensibility or human decency

#مملكه_العدل_السعوديه#JamalKhashoggi#JusticeforJamal
Saudi Arabia is the only country that governs with justice. Unlike other countries that govern with assassinations.

#مملكه_العدل_السعوديه Bashar killed the Syrian people but no one talked about it.Iraq and the political problems did not talk about it But the death of a Saudi journalist and the punishment of those who caused it by the Saudi government.all of them called it a war and inhumanity

#مملكه_العدل_السعوديه
This is the Saudi state of justice does not hide the truth and does not defend the criminal and show the facts transparently contributed and participated in the disclosure of truth does not flatter anyone ،will take every unjust penalty, whatever it may be

To say that I am skeptical of the new Saudi narrative about Mr. Khashoggi is an understatement.

First we were told Mr. Khashoggi supposedly left the consulate and there was blanket denial of any Saudi involvement.  Now, a fight breaks out and he’s killed in the consulate, all without knowledge of Crown Prince.

For 18 days the Saudi government falsely claimed that the entire #JamalKhashoggi story was “false news,” and the reports about his murder were “absolutely false, and baseless.” They lied then, they lie now!

Democratic US Senator Richard Blumenthal told CNN the Saudi explanation “absolutely defies credibility” and he called for an international investigation of Khashoggi’s death.

“The Saudis very clearly seem to be buying time and buying cover. But this action raises more questions than it answers and there is no way the world will wait for 30 days for a Saudi investigation to be done,” Blumenthal said.

“The United States must not be complicit in this cover-up. Looking forward to what our intelligence agencies ha ve to say,” Van Hollen said.

The details of what happened at consulate are vague but I understand more details will come out this weekend.

IMPORTANT: I understand from a senior Saudi source that Jamal Khashoggi died from a chokehold during a physical altercation, not a fist fight which was mistranslated by foreign media.

RIP Jamal #Khashoggi — In the name of all your former @arabnews colleagues, thank you for everything you have given. Those responsible for your untimely death must – and will be – held accountable and we are confident that they will.

We will miss you, my friend…

Saudi authorities have been unbelievably inconsistent on their story on Jamal Khashoggi.

Here’s a thread of how their statements the start until now:

The murder of Jamal Khashoggi is deeply important. For what it says about power, about evil, about truth, about arrogance, about morality, about justice, about freedom (esp of speech).

Saudi Arabia Admits Jamal Khasahoggi Was Killed Inside Consulate, Weeks After It Said He Left Alive 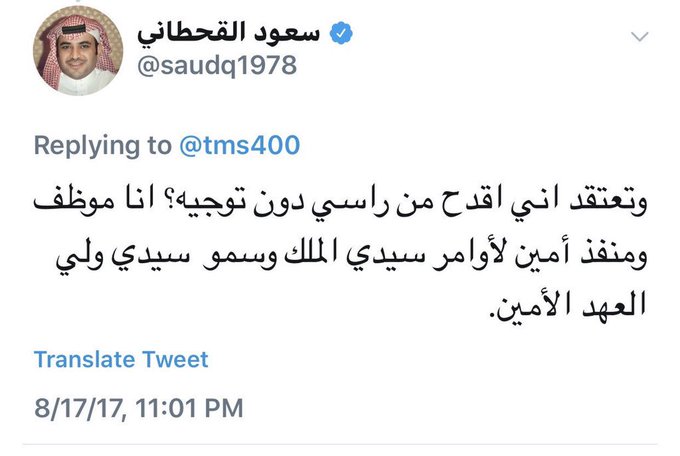 In this tweet by @saudq1978 the chief scapegoat in the #Saudi narrative on the murder of #JamalKhshoggi he says “you think I act/speak on my own accord without directives? I’m an employee who honestly executed the orders of my masters the King & the Crown Prince 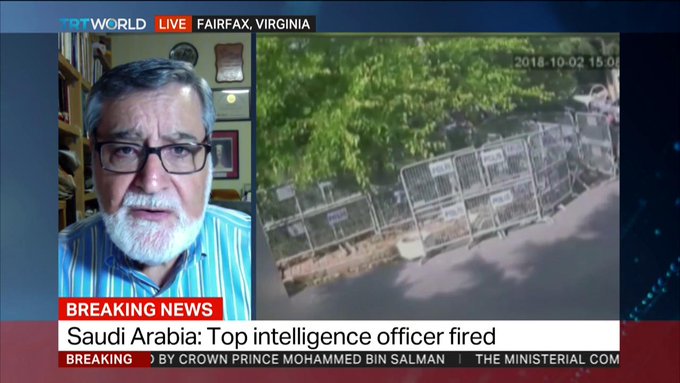 “I think it’s a whitewash… Fistfights do not include gangs of 15 or more trained killers, and a surgeon” – Khalil Jahshan, Director Arab Center Washington DC http://trtworld.com/middle-east/saudi-arabia-admits-to-death-of-journalist-jamal-khashoggi-20904 … 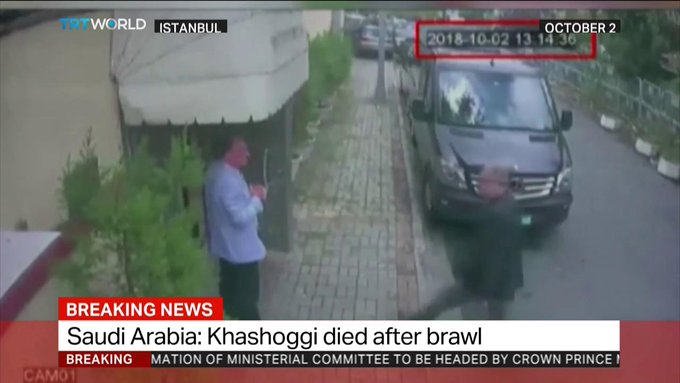 We speak with Ahmed Bedier, a Middle East expert, who says Riyadh has much to explain about Jamal Khashoggi’s death after denying any knowledge of his fate for over for weeks http://trtworld.com/middle-east/saudi-arabia-admits-to-death-of-journalist-jamal-khashoggi-20904 …