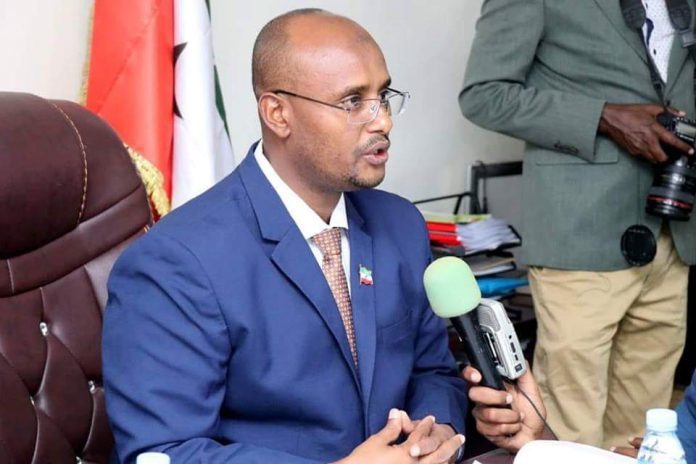 Somaliland former finance minister, Hon. Yusuf Mohamed Abdi has talked about being dismissed from the cabinet and shifted to the Higher Education Commission (HRC).

The president of the republic of Somaliand His Excellency yesterday announced mini cabinet reshuffle that saw axing the treasury minister from his government.

The minister has for the first time said that he is contended being sacked from the council of ministers and also stated that he is happy with the new position that he has been moved. Hon. Yusuf has expressed his thanks to Somaliland’s incumbent president for allowing his to take in charge of the finance ministry and said that it is the constitutional powers enshrined in the country’s laws that the president sacks or appoints public officials to gov’t positions.

He asserted that he is ready to works towards the promotion of national interest and leave behind the vested interest that undermine the national unity of Somaliland.

The minister has been in the helm for ten years despite many accusations cited that he was junior minister who lacks the capacity to manage the daily day operations of the ministry.

Press Statement from the minister in Somali version