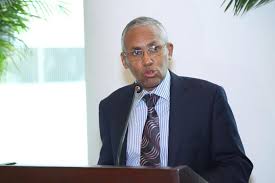 Somaliland government says that talks with Somalia taking place in either Hargeisa or Mogadishu will only happen on a condition. The FM of Somaliland, Dr. Sa’ad Ali Shire announced that before the two sides should engage talks then they have to recognize the independent de facto of Somaliland. He told in a BBC Somali interview that before Somaliland’s recognition that dialogue to take place in venues whereby witnesses will be in attendance.

The FM of SL said that talks ceased which started back in 2012 after Somalia protested against the tripartite agreement where Somaliland, Ethiopia and Dubai ports world have entered into. The FM says that does not mean that Somaliland is not ready to participate talks with its Somalia counterpart.