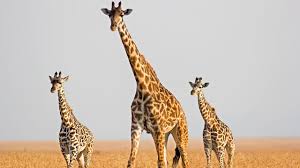 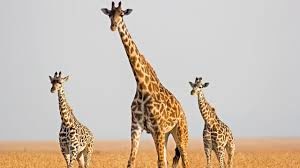 BERBERA– Five Pakistani nationals and one Somalilander have been arrested by Somaliland government over illegal poaching in Sahil region. The Director of  the department of wild animals to the environment and rural development ministry, Hon. Abdinasir Husein Said announced that the foreigners along with Somaliland national are in detention at police station in Berbera airport. He asserted that they have been nabbed during an operation launched by the ministry for environment in Sahil region. The Pakistani along with the Somaliland national were caught red handed and were found wild animals that were hunted and killed by the poachers.

He said that they have killed two Giraffes and were brought to the police station and the court with the dead animals for evidences. The staffers were working for the building of UAE military facility in Berbera. They have set up a fence made of net and the giraffes were said to have kept its calves where they do not leave the place they deliver the young ones. The director said that they are in captivity for ten days and will be applied to the laws of the land.

He further revealed that a court found guilty of three by sentencing to 4000 US dollars of fine and added that they have filed an appeal over the verdict. All six people are now in detention and are awaiting the decision of of the regional appellate court in Berbera. Two vehicles which the staffers used for the illegal poaching will be handed over to Somaliland authority.