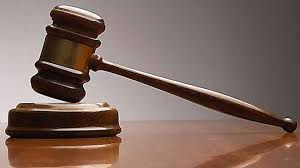 The first ranking court in Puntland’s eastern province has convicted ministry finance officer for corruption charges today. The 26 years old officer has been found guilty of using forged papers and corruption that he has committed. Police arrested him last week while in station at Carmo district as he was a member of revenue collection officer. The chairman of the first rank court, Mr. Abukar Abdinur Jama has announced at the court that Mr. Awale Mohamud Sheikh was sentenced to 4 years behind bars and 500 USD fine. The court chairman has also sentenced that the officer must pay $ 2751 which he misappropriated. This is the first time that Puntland has arrested an official for corruption charges and issued a sentence since its inception.