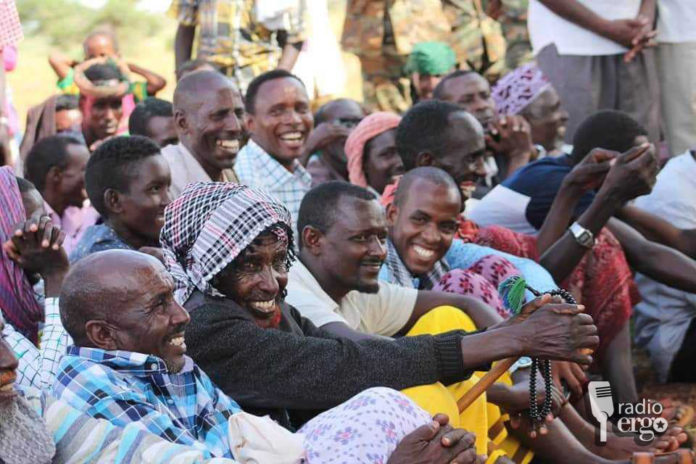 Six years after she fled her home, Sainab Mohamed has returned to rebuild her life and business in a conflict-torn part of northern Somalia’s Sool region, following a successfully negotiated peace settlement to end the hostilities between two neighbouring clans in Taleh.

The mother of four has reopened her restaurant that closed after the clan conflict flared up in Taleh town in 2012.

“I personally welcome this peace deal. It is very important for me. I have come back to my home after a long time away,” said Sainab, who has been living in Aroley village since 2012.

The peace agreement was brokered by a self-organised committee and signed early this month by representatives from the warring clans.

Elders from both sides struck a peace agreement which ended fighting.

The two sides finally agreed to exchange 240 camels as ‘blood money’ to compensate for the killings of eight men that triggered the conflict.

“With the help of other neighbouring clan elders, youth and other civil society members, both these two clans agreed to end the conflict without conditions. A peace agreement was signed on the 9th of this month [December],” said Faisal.

Another elder, Dakir Mohamed, said representatives from both clans unanimously agreed to impose fixed fines on anyone violating the peace.

“Part of the agreement endorsed by the elders from the two clans sets fines for violators of the peace deal. Whoever kills someone after this deal will be killed. The elders will impose a fine of $10,000 on those found with weapons and creating instability,” said Dakir Mohamed.

Both clans hope the livelihoods disrupted by the conflict can now be restored.

KaltunAbdirahman, a mother of seven, was fortunate that her house was some distance away from the town centre, so she managed to stay throughout.

“I did not flee my home because my house was on the other side of the demarcation line [separating two clan areas] but I lost everything I had. Before the beginning of the fighting, I had a business worth $8,000 and it collapsed later due to lack of customers as many people fled,” she explained.