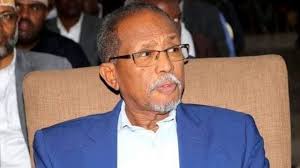 Former Somali’s PM & the leader of Khatumo state has died in Ethiopia at the age of 79.

Though the cause of his death is not yet being revealed. For the last few years he has been in Hargeisa, Somaliland where he signed a peace deal with former president Ahmed Silanyo in 2017.

He previously served as minister of industry in Siyad Bare’s regime.

He was also appointed as a member of parliament in 1979.

Ali Khalif Galeyr was born in 1941 in Lasanod, Somaliland.

He will be well remembered for his participation in the Somali national peace conference in Arta Djibouti.